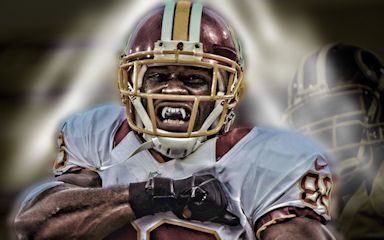 Why This Christian Loves The “Redskins” Name

Stop The Madness! Yesterday, Navajo Nation President, Ben Shelly, sported a Redskins cap while sitting next to team owner Dan Snyder at the Cardinals Vs Redskins NFL Football game. To me this was a wonderful thing; as it shows that the name “Redskins” isn’t as offensive to Native Americans as some people would have you believe. In fact, it is quite the opposite! Let’s dig into this matter deeper.

People don’t come up with monikers for teams because they’re derogatory. No, not by a mile! They come up with team names because they want something that instills team spirit and unity. So allow me to quote from another one of our TBL authors, Melinda, from her article Senate Worthy:

“It truly is ridiculous. To claim that a team has chosen a name and mascot in order to demonstrate their racism is – well, it is idiotic. A team chooses its name as a symbol of which to be proud..”

Well said Melinda! It is “idiotic.”, and we shouldn’t be buying into all the nonsense that it is in someway demeaning to the Native American population. For many years Native Americans have been known as Redskins, and why isn’t anybody fussing about it till now. If something is outright offensive; it should be obvious to millions of people right away.

Now let’s hit this from a Christian perspective. Remember the song “Jesus Loves The Little Children”, which clearly mentions different skin colors including red skin? Has this now somehow become offensive as well? Of course not, because there is a positive connotation to it, just like there is a positive connotation to having a well-thought football team name that comes from a well respected people.

Friends, let me close with a verse and a final thought.

John 3:16 For God so loved the world, that he gave his only begotten Son, that whosoever believeth in him should not perish, but have everlasting life.

That verse includes everybody with black, white, yellow, brown, and red skin. Everybody! So, with that being said, instead of taking offense to the Redskins name, let’s take it as a reminder of who these wonderful people are and how much Jesus loves them. Thank you for reading and God bless.

Joel M. Bauer is a 45-year-old U.S. Army Veteran from Dunn, NC, which is just outside of Raleigh. After being honorably discharged from the U.S. Army, he attended school at Taylor University, a Christian liberal arts school, in Fort Wayne, IN, where he received his BS in social work and psychology. He has worked in such places as a homeless shelter, a community based treatment center for severe mental illnesses, a school for troubled students, and other social service agencies. His current endeavor is to build The Bottom Line website into a site that inspires both Christians and non-Christians alike, and brings glory to God.
Previous Overeating (Part I)
Next A Simple Solution To Getting Out of Debt