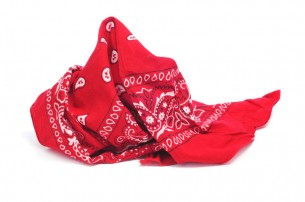 For most of us, sharing our faith in Christ would be the last thing on our mind if someone was demanding our money and threatening to shoot us if we didn’t hand it over. But for 92-year-old Pauline Jacobi of Dyersburg, Tennessee, the opportunity to share her faith with the man who attempted to rob her in a store parking lot turned into a robbery gone right!

Pauline had just finished her shopping and put the last of her groceries into her vehicle when an unkept, older man opened her passenger-side door and sat next to her, demanding her money. She refused three times before the man threatened to shoot her.

“Jesus is in this car, and He’s with me every where I go,” Pauline told the would-be thief as he glanced in the vehicle’s backseat as if to verify her words. She then explained to the man that if he did shoot her and she died, she would go to heaven and that he would go to hell!  Pauline asked the man if he’d like to go to heaven. “Yes, I sure would,” was his reply. “But I’m afraid the Lord won’t take me.”

Pauline explained to the man that all he needed to do at that moment was pray, accepting Christ as his Savior. As he began to cry, she chose to give him all the money she had–ten dollars–along with some advice: “Don’t you spend it on whiskey, either!”

The man exited the vehicle after giving Pauline a kiss on her cheek. She points  to the Lord as the source of her bravery, explaining that in those terrifying moments, He took over and gave her the words to say to the man who threatened her life.

Pauline Jacobi says that she often asks God for help in bringing her friends and family closer to Him. “I do think maybe this was it,” she said.

Most of us can only imagine the terror  that this gentle grandmother faced while shopping in her small town. But through her faith and trust in Christ, Pauline was able to turn a robbery into an opportunity to share the love of God with a desperate man.

How does Pauline’s story challenge your beliefs about sharing the Gospel with all the world?

My husband Dan and I have three children and three grandchildren. We live in central Illinois. I am a graduate of The Institute of Children's Literature, a member of faithwriters.com, and a member of SCBWI. My writings have been published at chirstiandevotions.us, in DevotionMagazine, the PrairieWind Newsletter, and here at thebottomline.co.
Previous Beauty, Fame and Fortune
Next Blessings Too Abundant To Count