Breaking News
Home / Faith / Can You Spot A Counterfeit? 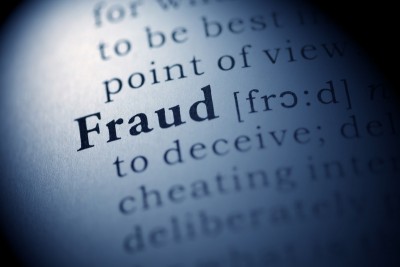 Can You Spot A Counterfeit?

The word counterfeit invokes images of phony money; money manufactured by criminals in dark basement rooms. And there is good reason to think of currency when thinking of counterfeiting. Since the days of the Civil War, U.S. currency has been imitated by many a counterfeiter.

Counterfeiting in the 1860’s was largely responsible for the establishment of the United States Secret Service. Under the leadership of President Lincoln, the Secret Service was founded in 1865, in order to help reign in the criminal activity of counterfeiting during a time when 1/3 of all currency in circulation was counterfeit!

Today, the Secret Service is still working to thwart counterfeit crimes, and it is serious business … The United States Capitol houses a vault dedicated to the effort to bring counterfeiter to justice. The vault is accessible by only a chosen few. There, a copy of every currency bill, note, and bank-note ever investigated by the Secret Service is stored for comparison to questionable currency today. Signs of authenticity are verified, and when it is evident that a bill is counterfeit, the search for latent “hidden” fingerprints begins in the nearby latent fingerprint lab. Investigation brings the truth to light.  The counterfeit currency is discovered, and when counterfeiters are identified through what they thought were hidden prints, they face a penalty that includes fines of up to $250,000 and a prison sentence of up to 20 years.

There is another kind of counterfeiter in our midst, one who has been in the business of deceit far longer than the one printing worthless bills and bank notes! This person is a false preacher of the Word of God. Oh, he or she exudes “grace” and “love” in the form of flattery—words that serve their own selfish purposes. But they counterfeit the truth of God’s Word: salvation, obedience, sanctification, and dying to self, with a message that is easy on the ears:

“Be wary of false preachers who smile a lot, dripping with practiced sincerity. Chances are they are out to rip you off some way or other. Don’t be impressed with charisma; look for character. Who preachers are is the main thing, not what they say. A genuine leader will never exploit your emotions or your pocketbook. These diseased trees with their bad apples are going to be chopped down and burned. Matthew 7:15

Like the hidden fingerprints on a counterfeit bill, and the bad apples on the tree, the false teachings of the preacher described by Matthew are not easily detected: sounding good and appealing to one’s emotions.   God’s Word has the answer to spotting the counterfeiter–it is found in the character underneath.  This always shows itself over time, like a counterfeit bill passed from one unsuspecting person to another until finally someone sees it for what it is.

The counterfeit teacher of God’s Word has little character, but often overflows with charisma: charm, appeal, attraction. Many cannot resist these traits, and the message this person brings has its own appeal: minimized sin, challenge of absolute truth, promise of an easy path for the Christian, even distorting of Scripture.  Many are led astray by this false gospel message, unaware of its fallacy.

Punishment for the crime of counterfeiting is severe, but not as severe as the punishment that awaits the unrepentant false preacher:

Let God’s curses fall on anyone, including myself, who preaches any other way to be saved than the one we told you about; yes, if an angel comes from heaven and preaches any other message, let him be forever cursed. Galatians 1:8

What will you do today to help protect yourself, and your family, from those who preach a counterfeit message of truth?

My husband Dan and I have three children and three grandchildren. We live in central Illinois. I am a graduate of The Institute of Children's Literature, a member of faithwriters.com, and a member of SCBWI. My writings have been published at chirstiandevotions.us, in DevotionMagazine, the PrairieWind Newsletter, and here at thebottomline.co.
Previous Choose to Magnify what is Right in Your Life
Next Profiles on the Enemies of God: Tolerance