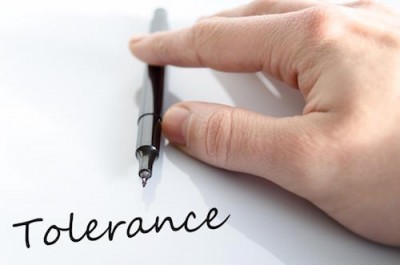 Profiles on the Enemies of God: Tolerance

Tolerance and apathy are the final virtues of a dying society, so said Aristotle. Today we bear witness to the end results of tolerance and are seeing the beginnings of apathy.

Tolerance is no virtue, it is not found anywhere in the Word of God, nor is it found among the teachings of the church’s greatest theologians. Tolerance is in fact an anti-virtue, a sin masquerading as something moral and good.

When examined, tolerance is found to be composed of three sins which together serve to mask it and deceive those of good character but little understanding.

The first of these sins is dishonesty. How often have we heard from those who preach the virtues of tolerance say that it does not matter who you love or what you do? How often have these prophets of the new morality proclaimed: “F*** your morality!” or, “God is dead!” while at the same time claiming human life matters and abortion is a human right? All of which are lies, the Word of God teaches us true morality and Christ is risen, HE IS ALIVE!

These tolerance promoters are walking talking hypocrisy. When their arguments and beliefs are examined they are found to contradict themselves, yet they refuse to acknowledge this when it is pointed out to them.

The dishonesty of tolerance finds its nadir in political correctness. I think Mychal Massie said it best:

“We live in a day and time when the truth is not tolerated. Half-truths and situational explanations are accepted but they are by definition lies; and yet they are embraced and expounded as if they were revelations given by secular metaphysicians of unparalleled understanding. And there is no greater example of same than ‘political correctness.’ “

The second sin inherent in tolerance is cowardice. In a society that promotes tolerance above all, those who are opposed to it are terrorised into silence or worse, forced into telling lies, all because they are full of fear.

Today the social justice warriors (SJW) are the cultural Marxist/secular humanism version of the Spanish Inquisition. If you say anything that goes against their demonic ideology they will make use of social media to ruin your life and reputation. They will harass your employer to the point that you lose your job, they will file frivolous law suits to drain you of your savings, they will smear your name and even resort to violence.

The devotees of tolerance are terrorists who will attack anyone who is not with them and silence all who oppose them (another sign of their dishonesty–they can’t tolerate difference of opinion).

The third sin is apathy. Apathy is created when you have been told so many lies and been terrorised into repeating them that you simply lose the will to care anymore. More often than not, the tolerant simply do not care, they bury their heads in the sand and let the world burn because they no longer know what is true and what is a lie, and are too fearful to question the way things are.

This poison within the Church, this toxic anti-virtue known as tolerance, has left the body of Christ incapacitated and unable to act in any meaningful way to the evils in this world. I have yet to meet in person or see anything from any Christian on the net about the Muslim rape crisis going on in Europe and how it is being covered up by the governments in the name of tolerance.

To get an idea of just how bad it is, look up the 1,400 girls of Rotherham UK and the total silence from Christians and you will see how the evil of tolerance infected the Body of Christ and how the diseased hand needs to be cut off if we are to save our faith.

Our faith is dying because of tolerance towards sin and it is only getting worse. Until we, as a whole, stand up for what is good and right, our churches will continue to shrink, our influence in society will continue to become more and more silent and eventually we will be driven underground and no longer allowed to preach the Good News.

Revelation tells us that the faithless, the cowards and the liars all have a place in the lake that burns with fire and sulfur, which is the second death. (Revelation 21:8)

The goal of our enemies-to silence and eventually destroy our faith. What will you do to make sure that does not happen?

Jonathan Kotyk is a student, self taught philosopher, recovering addict and born again Christian. He has spent time on both the far Left and Far Right side of the political spectrum and lives in Canada.
Previous Can You Spot A Counterfeit?
Next “Come Away To A Secluded Place And Rest A While”