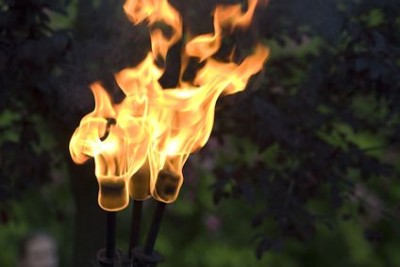 Christian Persecution Has Begun In America

The day has arrived when it is getting difficult to be a Christian in America. The time of easy-believism is over. Christians in this country have been living a life of comfort and blessing for decades. Now believers are beginning to have to sacrifice things they have been taking for granted.

This past year Christians lost jobs and businesses just because they took a stand for their beliefs. The Atlanta, Georgia, fire chief was terminated for publishing a book that endorsed traditional marriage. Also in Georgia, a sheriff’s deputy claims he was fired for hosting a Bible study for former inmates. The Benham brothers had a house-flipping show cancelled on HGTV for speaking out against same-sex marriage.

Our public schools are starting to allow Islam to be a predominant belief in the classrooms and textbooks, while at the same time banning Christianity. It is only because there are students taking a stand for their faith that we have any Christian influence left in our schools.

Many secular colleges and universities are discriminating against professors who speak openly about the Christian faith. A recent survey revealed that professors had negative feelings about Jews (3 percent), non-evangelical Christians (9 percent), Muslims (22 percent), but evangelical believers (53 percent).

Some flower shops and bakeries owned by Christians are being forced to shut down for taking a stand for one’s convictions. Here is a headline that speaks for itself: “Christian Cake Company Refused to Bake Pro-Gay Marriage Cake, Compared to Slavery, Holocaust by Colorado Commissioner.” Say what? This is an example of how ridiculous and stupid things have become. In my state of Washington a judge has ruled that the Christian owner of a flower shop that refused to serve a gay couple can be sued by the state’s Attorney General. She has to go to court and faces losing her personal assets and business.

The stories are endless and they are going to increase and intensify. The watchdog organization, “Open Doors”, defines Christian persecution as “any hostility experienced as a result of one’s identification with Christ.” Robert White, president of the Georgia Baptist Convention, said, “We’re past the point of taking a public stand. Christians must stand up for their rights.” Jesus said this day would come, in Luke 21:12 and 17. “…They will lay their hands on you and will persecute you, delivering you to the synagogues and prisons, bringing you before kings and governors for my name’s sake…and you will be hated by all on account of my name.”

How should we as Christians respond? This same chapter in Luke provides some insight in verses 13-15. It will lead to an opportunity to witness. Do not plan ahead what you will say when you are brought to court because the Holy Spirit will give you  “utterance and wisdom which none of your opponents will be able to resist or refute.”

As Christians, we must remain strong, obedient, faithful, but vigilant. Matthew 24 speaks of endurance through times of persecution. How about you? To what degree will you want,  and be able, to endure? What would you do if you were told to denounce your faith in order to hold a job, or that it is illegal to speak or write about Jesus on the internet or other media?

John Livingston Clark is 67 years of age and lives in central Washington State. He has written two published books, and two published poems. His initial book is called, " God's Healing Hope: Breaking the Strongholds of Wrong Thinking." His second book, released in December of 2016, is a motivational book written to seniors titled, " Seniors: Are You Retiring or Recharging?" Both books are available on amazon. You can also view his writings on www.faithwriters.com. John is available to speak on a variety of topics. Visit me at jclarkministries.com
Previous Not the Farmer’s Fault
Next “Pursue love, yet earnestly desire spiritual gifts”