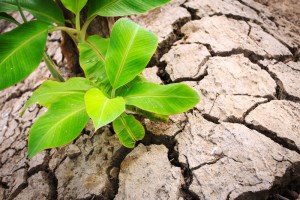 Not the Farmer’s Fault

James was my great-grandfather. A proud Irishman, he left his coastal birthplace and journeyed to America in the late 19th century. He was a farmer by trade, working rented land  in his new country while he went through the process of becoming an American citizen. After gaining the coveted citizenship, he made a down payment on his own 600-acre farm in northern Indiana.

My great-grandfather worked his land, planting corn and beans year after year, until finally he earned enough to pay off the deed. With most of the  final payment for his farm tucked securely in the town bank, the remaining funds would be his own with his final harvest that October in 1929 …

The 1920’s had been a time of prosperity for many Americans. But that time came to a crashing halt in October 1929. Banks were not backed by the government, and many hard-working Americans lost their life’s savings and their property. My great-grandfather was one of these men, losing all but the last 100 acres of his land when his savings vanished and he was unable to pay his loan. The bank had no money left.  And though he suffered a great loss, it was not the farmer’s fault.

There was another farmer whose story Jesus told in the parable of the sower in the Book of Matthew. This farmer went out and sowed seed for a harvest. The seeds fell on several different kinds of soil, and the harvest from each soil is described in verses 19-23 of Matthew, chapter 13.

“The hard path where some of the seeds fell represents the heart of a person who hears the Good News about the Kingdom and doesn’t understand it; then Satan comes and snatches away the seeds from his heart. The shallow, rocky soil represents the heart of a man who hears the message and receives it with real joy, but he doesn’t have much depth in his life, and the seeds don’t root very deeply, and after a while when trouble comes, or persecution begins because of his beliefs, his enthusiasm fades, and he drops out. The ground covered with thistles represents a man who hears the message, but the cares of this life and his longing for money choke out God’s Word, and he does less and less for God. The good ground represents the heart of a man who listens to the message and understands it and goes out and brings thirty, sixty, or even a hundred others into the Kingdom.” (AMP)

The responsibility for the outcome falls on the soil: the hearts of those who hear the Word of God (the seed). Each must make their choice whether to receive and believe, growing in truth with God’s help, or let this world and its cares and temptations choke out the new life that tries to take root. We cannot blame the farmer, Who sowed the same seed into each type of soil.

What kind of soil are you? Understanding that our heart is the soil, and that this world attempts to choke out the Word of God while it is a delicate seed in our lives, how can we safeguard and cultivate the seed of the Word for ourselves?

My husband Dan and I have three children and three grandchildren. We live in central Illinois. I am a graduate of The Institute of Children's Literature, a member of faithwriters.com, and a member of SCBWI. My writings have been published at chirstiandevotions.us, in DevotionMagazine, the PrairieWind Newsletter, and here at thebottomline.co.
Previous Your Tongue is a Deadly Weapon
Next Christian Persecution Has Begun In America