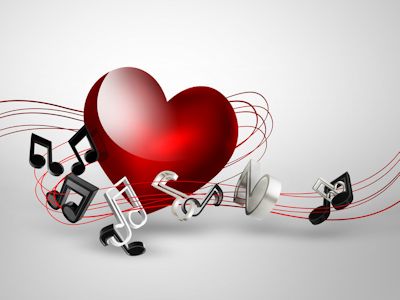 Christian Refugees Singing In A Tent

Christians have been in Mosul, Iraq, for over 2,000 years, but since June 10, 2014, the city has seen a mass exodus of believers in the faith. ISIS has forced them out. This is only one of many stories of refugees in Middle East nations, and not just Christians, but anyone who has refused to convert to Islam.

One of the refugees is a woman named Fatima, who was lured by the sound of singing coming out of a tent in Dohuk. She approached the tent, heard the gospel of God’s love and forgiveness, and accepted the saving grace of Jesus Christ into her life, but it didn’t stop there. Her entire family also accepted Christ. Then they began telling others and eventually 60 other families put their faith in Jesus, including 12 which were Muslim. Over 200 children have so far come to Christ with the “faith of a child.” A leader of Christian Aid Mission said, “Tent churches are going up everywhere…The missionary outreach organization is distributing Bibles, food, sleeping bags,mattresses, medicine, and personal hygiene items.”

As hard as the enemy tries Christianity will never be silenced because it doesn’t realize that the Church lives within the human heart and doesn’t require a church building to exist. In some countries churches are being destroyed with the belief that in so doing Christianity will be done away with. How wrong they are. You can kick Christianity out of a building or country, but you can never kick it out of a transformed life.   It will continue to proclaim the love and forgiveness of God, and the hope for the lost condition of humanity desperately seeking peace, joy, and unconditional love in the midst of hopelessness and despair.

You see, readers, Christianity is much more than a religion contained within a place of worship; it is centered on a personal relationship with Jesus Christ, God’s son and God in human flesh, when His Holy Spirit indwells a life, by a personal invitation. Religion is a list of rules and rituals to be followed in an attempt to reach and appease God, but Christianity is the God of the universe coming down to the level of humanity’s sinfulness. The peace, hope, and joy given by God’s Holy Spirit in the midst of a storm of persecution can result in singing in a tent. How else would you explain it.

History has shown that religious persecution causes Christianity to spread even more. It was true in the New Testament Church and it still holds true today. Even terrorism will not be able to silence it. Sixty families and 200 children are proof of that. They ran from the atrocities of evil people into the loving arms of Jesus. They are experiencing the love, hope, and peace that the world cannot give. Romans 8:35-39 has become true for the refugees singing in tents. “Who shall separate us from the love of Christ? Shall tribulation, or distress, or persecution, or famine, or nakedness, or peril, or sword? …But in all these things we overwhelmingly  conquer through Him who loved us. For I am convinced that neither death, nor life, nor angels, nor principalities, nor things present, not things to come, nor powers, not height, not depth, nor any created thing, shall be able to separate us from the love of God, which is in Christ Jesus our Lord.”

John Livingston Clark is 67 years of age and lives in central Washington State. He has written two published books, and two published poems. His initial book is called, " God's Healing Hope: Breaking the Strongholds of Wrong Thinking." His second book, released in December of 2016, is a motivational book written to seniors titled, " Seniors: Are You Retiring or Recharging?" Both books are available on amazon. You can also view his writings on www.faithwriters.com. John is available to speak on a variety of topics. Visit me at jclarkministries.com
Previous Sneaking Up On God?
Next When One Door Closes, God Opens A Better One