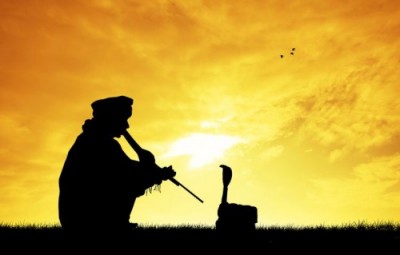 Oh how sad is the story of Lucifer. He was once a beautiful angel decorated with every precious gemstone, and he also had a gift for music. However vanity, pride, and a desire to be as the Most High God took over his heart (Isa 14:12-14, Eze 28:13). This magnificent angel squandered everything he had for nothing. It’s a sad story, but one that is to be told.

A War In Heaven

God has an interesting way of doing things. We know that He could’ve instantly tossed Satan and his minions out of heaven once they started causing trouble, but the Lord did something profound. He allowed Michael the Archangel and his holy angels the chance to fight for their territory (Rev 12:7). Of course, the battle had to have been a massacre since we know only a third of the angels followed Satan (Rev 12:4). Also, keep in mind that Satan, as Lucifer, was an angel of worship; not a warring angel. On the other hand, Michael was a leader of angels, which would include warring angels. Satan probably thought he had a cool plan, but I guarantee you that when it was time to dance, it was probably the BIGGEST fail ever. So, Satan and his hoard lost their place in heaven. In fact, we can read in the Holy Bible the matter in which Satan got the boot from Heaven.

Luke 10:18 And he said unto them, I beheld Satan as lightning fall from heaven.

Next we have Satan bothering Eve in the Garden of Eden. Of course we know that Eve allowed herself to be tempted, and in turn she tempted Adam (Gen 3:1-6). This was a battle of the mind, which is the way Satan still tries to prey on us today. However, again Satan failed to dance the dance; as this is where we received the promise of the coming Jesus Christ who would come to crush the serpent’s head and save His people.

Genesis 3:15 And I will put enmity between thee and the woman, and between thy seed and her seed; it shall bruise thy head, and thou shalt bruise his heel.

Not only was the promise of the Messiah given, but right before that, the serpent was cursed and told he would crawl on his belly all the days of his life. WOW! He truly did lose his dancing shoes (Gen 3:14). To make things worse, he was also told that his time was short, and when that’s up; he’ll be tossed into the lake of fire (Rev 12:12, 20:10). Talk about hitting rock bottom. I mean, this cat is so angry that all he wants to do is kill, steal, and destroy. Be on guard.

1 Peter 5:8 Be sober, be vigilant; because your adversary the devil, as a roaring lion, walketh about, seeking whom he may devour.

Satan tried to dance the dance one last time by attempting to defeat Jesus Christ on the cross at Calvary. However, we know that Christ’s glory was in His shame, and once again Satan was defeated. In fact, Christ’s death on the cross was not just to save us from our sins; it was also an act of spiritual warfare to take down Satan and his kingdom.

Our hero, Jesus Christ, did this because He loves you and me. He knew we would fail and make mistakes. Therefore, He took upon himself the most horrible of deaths and showed us that even in the worst of situations; we can defeat the enemy.

Romans 5:8 But God commendeth his love toward us, in that, while we were yet sinners, Christ died for us.

Friends, put on your dancing shoes and rejoice. Not because the enemy has been defeated, but because your names are written in heaven (Luke 10:20). Sure, the devil can’t dance, but he will continue to try. When he does, smack him over the head with some truth. The devil hates truth because he can’t argue with what’s real. Remember, the truth is what sets us free, and whoever the Son sets free is free indeed (John 8:36). Thank you for reading and God bless.

What are some blessings in your life that make you want to dance?

Joel M. Bauer is a 45-year-old U.S. Army Veteran from Dunn, NC, which is just outside of Raleigh. After being honorably discharged from the U.S. Army, he attended school at Taylor University, a Christian liberal arts school, in Fort Wayne, IN, where he received his BS in social work and psychology. He has worked in such places as a homeless shelter, a community based treatment center for severe mental illnesses, a school for troubled students, and other social service agencies. His current endeavor is to build The Bottom Line website into a site that inspires both Christians and non-Christians alike, and brings glory to God.
Previous You Are Immortal, So Is Your Destiny, part II
Next Christians and Greek Life: Should I Pledge a Fraternity or Sorority?