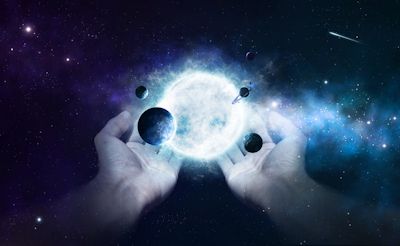 Evolution and creation have come into the public’s eye once again. Ever since Charles Darwin’s, “The Origin of Species” was published in 1859 and the Scopes Monkey Trial in 1925, evolution has been a dominant undercurrent of controversy. It was recently revived with the Bill Nye and Ken Ham debate in February of 2014.

Evolution has been taught in our public schools for decades and has pervaded our culture almost to the point as if it were fact. However, the axis of thought is shifting, even among some secular scientists. Evolution does not have the credibility that it has had in the past.

A recent Associated Press survey revealed that 51 percent of Americans have lost confidence in evolution, the “Big Bang,” global warming, and the age of the earth as has been commonly taught. In fact, these teachings have been accepted and assumed correct by much of the scientific and education communities to the degree that scientists were “crushed to learn that there were not more true believers in atheistic theories.”

Stephen Meyer, director of the Center For Science and Culture at the Discovery Institute, has written two books on intelligent design. He says the results of the survey give “evidence of the public’s good horse sense in being able to distinguish ideology from scientific fact and evidence.” While the public sees it more as “philosophy versus fact,” some scientists take the position of “scientific ignorance versus faith.”

There is not a consensus even among secular scientists. Meyer goes on to say that some evolutionary biologists are not buying into natural selection and random mutation. He believes the public’s thinking is more in line with scientific fact than those people speaking for the scientific community.

It appears that evolution is no longer a dominant majority view, much to the chagrin of some secular scientists who have thought otherwise. The first chapter of Genesis records that every animal was created “after its kind,” and that God created each person in His own image. We are all special creations of God, and He loves each and every one of us.

John Livingston Clark is 67 years of age and lives in central Washington State. He has written two published books, and two published poems. His initial book is called, " God's Healing Hope: Breaking the Strongholds of Wrong Thinking." His second book, released in December of 2016, is a motivational book written to seniors titled, " Seniors: Are You Retiring or Recharging?" Both books are available on amazon. You can also view his writings on www.faithwriters.com. John is available to speak on a variety of topics. Visit me at jclarkministries.com
Previous Another Medal For the Shelf
Next Walking Together in Agreement