Breaking News
Home / Faith / God’s Glory In You: Excellence in the Mundane 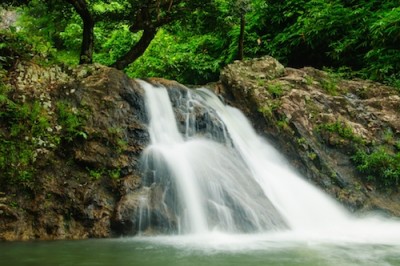 God’s Glory In You: Excellence in the Mundane

I have to assume I’m not the only person to wonder what God wants from me. In fact, I’ve even heard my father say, “I wonder what I’m going to do when I grow up.”

It’s a chronic plague among humans to always feel at the bottom of the ladder. We’re always wondering what’s yet to come, what God made us for. Even those who know Jesus have that niggling thought sometimes: What’s the purpose of my life?

The truth is, most adults, at one time or another, have stumbled upon something we do well. But then, maybe it’s not what we want to do, or maybe we don’t feel like we can serve God in that capacity.

Really, God! What is your plan for me?

It’s at this point sometimes that we begin drawing straws. We ping our ideas off God: maybe I should go into ministry … maybe God wants me to mentor youth … maybe I should go back to school for … maybe I never should have married … maybe I got it all wrong … and we determine in our minds how we might best serve God and what (we want) Him to have created us to do.

David might have felt that way. On a lonely hillside, he was all but forgotten as he tended his father’s flocks. No one even thought to number him among Jesse’s sons when Samuel came calling. (1 Samuel 16:10-11) What’s even more startling, is that after David was called, and anointed as king, he went right back out into the fields. So there he was again, on the windswept hillside of Bethlehem, with his sheep and a harp.

Maybe David plied God with questions then: Really, God! What’s your plan for me? Why am I here? What are you going to do with me? This doesn’t really seem all that important. How am I going to serve you here?

God hadn’t forgotten, but God planned to use the most ordinary aspect of David’s life for His own glory and David’s good.

In the very next verses, we learn that the Spirit of the Lord had left King Saul. Day and night, he battled depression and near madness. The Bible says it was a “tormenting spirit that filled him with depression and fear.” (1 Samuel 16:14)

Saul’s attendants came up with an idea. “ ‘A tormenting spirit from God is troubling you. Let us find a good musician to play the harp whenever the tormenting spirit troubles you. He will play soothing music, and you will soon be well again’ ” (1 Samuel 16:15-16).

Saul agreed and the search for a talented harpist began.

Now think for a moment … most of us think of David as the King of Israel and a man after God’s own heart. (Acts 13:22) We have been regaled with the stories of his heroism and taught to worship through his Psalms. But David wasn’t called into the service of Saul because of his godliness, his power or prowess. In fact, David would never have even entered the courts of Saul, been in the position to request a showdown with Goliath—if he hadn’t played the harp.

First Samuel 16:18 says, “One of the servants said to Saul, ‘One of Jesse’s sons from Bethlehem is a talented harp player. Not only that—he is a brave warrior, a man of war, and has good judgment. He is also a fine-looking young man, and the LORD is with him.’ ”

David was known as a harpist—and an excellent one at that. When the advertisement was posted for a skilled harpist to serve the king, David was one of the first to come to mind. David’s credentials, as presented to Saul, only ended with “the LORD is with him”.

From the dim and boring shadows of David’s past, the years of lonely harp practice—for the only the ears of dumb sheep—came David’s opportunity to serve God. Because of David’s excellence in what God had given him to do—however small—God used him mightily in ways beyond David’s wildest dreams.

Sadly, many Christians today plot out their own ministry or determine their own calling. Certain that right motives and good intentions are enough, they launch into something God never designed. Ultimately, they end up offering God something less than excellent. In these instances, God’s hand is rarely seen, His glory masked and His profit small. God has excellent purposes for each one of us, but when we determine in our own minds what that should be, we fall far short.

Another Bible character who had nebulous beginnings, but was identified as a man of God by his excellence was Daniel—“Then this Daniel became distinguished above all the other presidents and satraps, because an excellent spirit was in him. And the king planned to set him over the whole kingdom.” (Daniel 6:3)

It’s incredibly humbling to be stuck on a hillside with simple sheep. It’s pretty embarrassing to be one of the thousands carted off to a foreign country as a captive. For you and me, it might be pretty disheartening to be a stay at home mom, in a menial job, at the bottom of the totem pole or in the shadow of a sibling, on disability, unemployed or otherwise in the shadows.

However, Isaiah 55:9 reminds us that God’s ways are not our ways. Not only are His ways different, they are infinitely better. God cultivates greatness and harvests His glory in ways that seem backward to us. But then again, that shouldn’t surprise us.

Let us dig deep, sink roots into the humble soil where we are planted. Let us practice excellence in all things, especially the small things, in order to present to our King that which is worthy.

What are you called to do that you might be avoiding because it seems too small and unimportant? What seemingly tribal aspect of your past might God use for His glory today?

Previous Questions atheists Tend to Ask, Part 4
Next The Devastation of Good Intentions