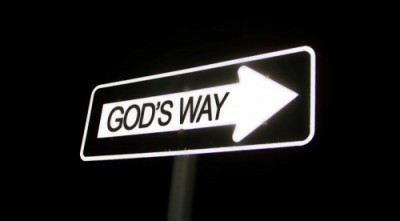 Why are Christians who claim to be moral so intolerant?

What is tolerance? Is tolerance a virtue? The dictionary gives the following definition: “a fair, objective, and permissive attitude toward opinions, beliefs, and practices that differ from one’s own.”

Tolerance is not found among the four cardinal virtues of temperance, prudence, fortitude and justice. Nor is it listed in the theological virtues of faith, hope and love. So if tolerance is not a virtue, what is it? It is an anti-virtue. Just as the anti-hero acts more like a bad guy than a hero, tolerance pretends to be a virtue but is really a sin. Tolerance is composed of three parts, apathy, cowardice and dishonesty.

Those who speak about tolerance are in the habit of saying, “Who cares?” when the issue of morality comes up. They don’t care enough about others to set them on the straight path; instead they leave them on the crooked one and watch without empathy as they drive themselves deeper and deeper into a sinful life.

Certainly there are those who preach tolerance who really do care, but they are too afraid to say anything for fear loosing a job, of hurting someone’s feelings or of driving that someone out of their life.

Then there are those who are tolerant only because they lie to themselves and say they do not care. They say they do not care to fit in, keep a job or to keep peace. But keeping the peace through tolerance is like demonstrating your love for a drug addict by giving him money to go get his next fix; it is not love to enable sin.

Back to the definition of tolerance, “a fair, objective, and permissive attitude toward opinions, beliefs, and practices that differ from one’s own.” Christians be tolerant? Christians can certainly be fair and open to hearing a new idea, but if that idea contradicts the faith then it contradicts the faith. We cannot be permissive of false doctrines, nor can we be permissive of sinful behaviour. As for being objective, that too is possible, but we must also remain absolutist when it comes to the tenets of the faith, be it the theological or the moral aspects of it.

“ ‘Truly, truly, I say to you, he who does not enter the sheepfold by the door but climbs in by another way, that man is a thief and a robber. But he who enters by the door is the shepherd of the sheep. To him the gatekeeper opens. The sheep hear his voice, and he calls his own sheep by name and leads them out. When he has brought out all his own, he goes before them, and the sheep follow him, for they know his voice. A stranger they will not follow, but they will flee from him, for they do not know the voice of strangers.’ This figure of speech Jesus used with them, but they did not understand what he was saying to them.

So Jesus again said to them, ‘Truly, truly, I say to you, I am the door of the sheep. All who came before me are thieves and robbers, but the sheep did not listen to them. I am the door. If anyone enters by me, he will be saved and will go in and out and find pasture. The thief comes only to steal and kill and destroy. I came that they may have life and have it abundantly. I am the good shepherd. The good shepherd lays down his life for the sheep.’ “

Nor can we be tolerant of sin; not in our personal lives and not in society. We are called to be righteous and holy, we are called to spread the Gospel and sometimes that requires that we speak the cold hard truth, which is:

That is not to say we must be jerks about correcting others but we must make the effort because it is what Jesus would do.

“Brothers, if anyone is caught in any transgression, you who are spiritual should restore him in a spirit of gentleness. Keep watch on yourself, lest you too be tempted. Bear one another’s burdens, and so fulfill the law of Christ. For if anyone thinks he is something, when he is nothing, he deceives himself. But let each one test his own work, and then his reason to boast will be in himself alone and not in his neighbor. For each will have to bear his own load.

Let the one who is taught the word share all good things with the one who teaches. Do not be deceived: God is not mocked, for whatever one sows, that will he also reap. For the one who sows to his own flesh will from the flesh reap corruption, but the one who sows to the Spirit will from the Spirit reap eternal life. And let us not grow weary of doing good, for in due season we will reap, if we do not give up. So then, as we have opportunity, let us do good to everyone, and especially to those who are of the household of faith.”

Christians are intolerant because we are full of empathy and not apathy; courageous in living a righteous life in a world of sin and we know the truth; the truth that Jesus Christ is the Son of God, that He died for our sins and rose from the grave.

The world has its way of doing things and that is the way that leads to damnation. We on the other hand are called to do things God’s way and his way is a is an intolerant way.

What are your views on tolerance?

Jonathan Kotyk is a student, self taught philosopher, recovering addict and born again Christian. He has spent time on both the far Left and Far Right side of the political spectrum and lives in Canada.
Previous God Is On Your Side and Has Your Back!
Next God’s Glory In You: Excellence in the Mundane