Breaking News
Home / Faith / God’s Got Your Back! 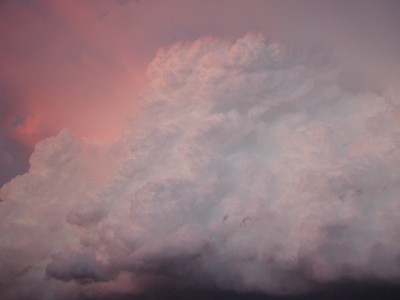 God’s Got Your Back!

Have you ever had a Bible verse or passage jump out at you? I certainly have, and most of the time, it’s a verse or passage that I know I’ve read a hundred times or more. And I find myself wondering, How in the world did I miss that?

It’s happened to me often enough that I now firmly believe God opens our eyes to specific things when He knows we’re ready for them or perhaps when we need them most. At just the right moment, He allows it all to sink in. Some authors refer to these as “aha moments.” I’d like to share with you my latest “aha moment.”

And the angel of God, which went before the camp of Israel, removed and went behind them; and the pillar of the cloud went from before their face, and stood behind them: And it came between the camp of the Egyptians and the camp of Israel; and it was a cloud and darkness to them, but it gave light by night to these: so that the one came not near the other all the night. – Exodus 14:19-20

This scene takes place just before the crossing of the Red Sea. The children of Israel were standing there with uncrossable waters before them and the Egyptian army gaining ground behind them. They were afraid. They were discouraged. They had lost all hope. From their vantage point, this rescue was turning out to be quite a flop. But notice what happened: the cloud (angel of God) that was leading them changed position. It moved to the back of the crowd. Instead of leading, it was now heading up the rear. Why? To act as a barrier between Israel and its enemy. The cloud became a light to the children of Israel but cast the Egyptians in darkness. Somehow, the cloud offered both light and darkness. It illuminated and hid. And because of its presence, the Egyptians were kept at bay, unable to gain any more ground on the children of Israel until they had all safely crossed the Red Sea. And we know what happened to the Egyptians after that.

As soon as I read this passage, the phrase that came to my mind was “God’s Got Your Back!” But even as I marveled at that thought, another thought registered in my mind. The Bible says the cloud went from before their face. In other words, they couldn’t see it anymore. It was behind them–out of sight. Yes, they could see the light it provided and the steps before them, but the cloud could not be seen. Could it be that the times when we can’t see God, He’s behind us, creating a barrier between us and our enemies (whether physical or spiritual)? How many times have I wondered, God, where are you? when all along He had my back? I couldn’t see Him because He was bringing up the rear.

Would you believe there’s actually a word for this in the Bible? Really, there is. The word is rereward, which means “rear guard.” No matter what valleys we may be walking through, we can take comfort in knowing that God is leading us like a shepherd and protecting us as a rereward. He has us surrounded by His goodness, mercy and grace, and nothing can get to us without first going through Him!

Are you stumbling along in the dark today? Do you feel like the children of Israel, trapped between two impossible obstacles? Are you wondering where God is during this trial? If so, take heart. God hasn’t left you. You’re in good hands. All will be well. God’s got your back!

For ye shall not go out with haste, nor go by flight: for the Lord will go before you; and the God of Israel will be your rereward. – Isaiah 52:12

Dana is a full-time Christian author and speaker residing in Greenville, SC with her husband and two dogs. In fulfilling her call to evangelize the lost and edify the saints, Dana spends her days writing devotions, devotional books and books for children, as well as recording podcasts on various Biblical topics. She serves in many capacities at her local church, including the roles of church pianist and ladies' Sunday School teacher. Dana has a passion for souls and longs to be used of God in whatever way He deems necessary. When not writing or serving at church, Dana can most likely be found reading or hiking a nearby trail.
Previous Are You Flogging the Donkey?
Next Take a Step Back and Breathe in the Holy Spirit