Breaking News
Home / Faith / How Healing and Deliverance are Connected 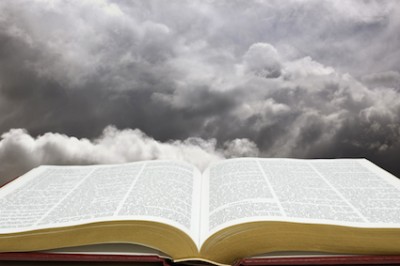 How Healing and Deliverance are Connected

Healing the sick, and deliverance from demons were the two most common supernatural signs that accompanied the ministry of Jesus. They were a demonstration of the message that Jesus preached: the Kingdom of Heaven is at hand. As the kingdom of God advanced, healing the sick and casting out demons were byproducts. These two ministries are closely related and often overlap.

The following passage in Luke’s gospel demonstrates this close connection: “When the sun was setting, all those who had any that were sick with various diseases brought them to Him; and He laid His hands on every one of them and healed them. And demons also came out of many … ” (Luke 4:40-41). (For other examples see Luke 6:17-19, -Luke 7:21, and Luke 8:2.)

Sometimes Jesus healed people by laying His hands on them or speaking a command to them. Other times, healing was a direct result of a demon being cast out. (Matthew 9:32-33) The New Testament is clear that evil spirits can be the root cause sickness. On the other hand, I have also seen that sometimes a physical infirmity can be an open door for evil spirits to gain entrance.

The ministry of healing and deliverance continued after Jesus ascended to heaven. The early church continued to heal the sick and deliver the demonized in the same way that Jesus had: “Also a multitude gathered from the surrounding cities to Jerusalem, bringing sick people and those who were tormented by unclean spirits, and they were all healed” (Acts 5:16).

Let’s pray for a powerful outpouring of the Holy Spirit to come upon God’s people, to release His kingdom and bring a great harvest of salvation, healing, and deliverance!

Have you ever experienced a deliverance or healing? Have you been a part of someone else’s healing or deliverance? How do you see these ministries as relevant to your life?

Jake Kail is a teacher, author, and speaker who is passionate for the kingdom of God. He was called into ministry during his college years, after a life-changing encounter with God. The focus of his ministry is on teaching and equipping believers, strengthening local churches, and seeing awakening and restoration come to the church. He also ministers often in the area of deliverance from evil spirits, seeing people set free from bondage, torment, and oppression. Jake is the author of three books: Restoring the Ministry of Jesus, Can a Christian Have a Demon?, and Abiding in the Vine. He speaks at churches, retreats, conferences, and other venues. Jake lives with his wife and family in Lancaster, PA where he serves on the pastoral team at Threshold Church. Check out Jake’s website and blog here: http://www.jakekail.com.
Previous We ARE God’s First Responders
Next Homeschool Graduates Produce Movie To Be Shown In Theaters