Breaking News
Home / Faith / I Just Want To End It All 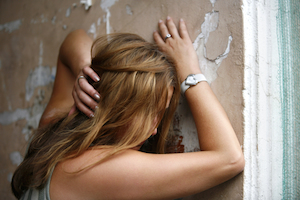 I Just Want To End It All

And at midnight Paul and Silas prayed, and sang praises unto God: and the prisoners heard them. And suddenly there was a great earthquake, so that the foundations of the prison were shaken: and immediately all the doors were opened, and every one’s bands were loosed. And the keeper of the prison awaking out of his sleep, and seeing the prison doors open, he drew out his sword, and would have killed himself, supposing that the prisoners had been fled. (Acts 16:25-27)

It has been said that suicide is a permanent solution to a temporary problem, yet sadly it is the only solution some can see when surrounded by darkness. Statistics show that suicide is attempted once every 40 seconds in the US alone. For a myriad of reasons, people see death as their only option or escape. The Philippian jailer felt the same way. We can only imagine the thoughts that must have been running through his mind, but I believe they were thoughts to which most of us can relate.

I’m such a failure. Despite his desire to do his job, the jailer believed he had failed, and failure is a powerful thing. It can sap us of both strength and joy and bring about feelings of worthlessness. Failure is a popular tool in Satan’s workshop—one that has proven its effectiveness time and again. It’s a shame the jailer didn’t have the words of Winston Churchill, “Success is not final, failure is not fatal: it is the courage to continue that counts.” Sure, it’s difficult to get back up, dust ourselves off and try again. But our efforts are not in vain, and we must remember that we are not walking alone.

I don’t want to embarrass my family. I often wonder how many times these have been someone’s last words. They messed up (as we are all prone to do), but rather than bring disgrace to their family, they decided to end it all. The cause seems noble, but I guarantee you that if you asked that person’s loved ones what they thought about it, they would tell you they would much rather have lived with the shame than lost their loved one. In the heat of the moment, in the midnight hour, everything seems so dark and hopeless. That is not the time to make a decision. Wait for the dawn. If the jailer had waited until the light of dawn filled the prison, he would have seen that the prisoners were still there. He wouldn’t have needed Paul’s intervention. No matter how hopeless the situation may seem, give it time, and talk to your family. I’m sure they’re willing to walk the road with you.

I have nothing left to live for. At this point, the jailer realized that as soon as his superiors found out the prisoners had escaped, they were going to kill him. Mercy was not shown to those who failed to do their jobs. From the jailer’s point of view, there was no reason to live. What he didn’t see, however, was God’s point of view. God wasn’t done with this man. He still had a plan, a job that only this man could accomplish. From God’s point of view, the jailer had so much to live for. When it seems as if you’ve lost everything and there’s nothing worth living for, remember that you’re only seeing from one point of view. God still has a plan for you. He’s not done with you yet. He has a job that only you can do, and He’ll give you everything you need to accomplish that job. Don’t quit on God. He didn’t quit on you.

Whatever you may be facing today, don’t give in to the to end it all. Suicide is not the answer. Jesus is! Go to God. Pour out your heart to Him and ask for His saving grace. He can set your life on the right path just as He did with the Philippian jailer. Give Him a chance. You owe Him that much.

Have you ever wanted to end it all? Why do you think suicide is the answer? What would happen if you chose to believe that Jesus loves you and God has a plan for you?

Dana is a full-time Christian author and speaker residing in Greenville, SC with her husband and two dogs. In fulfilling her call to evangelize the lost and edify the saints, Dana spends her days writing devotions, devotional books and books for children, as well as recording podcasts on various Biblical topics. She serves in many capacities at her local church, including the roles of church pianist and ladies' Sunday School teacher. Dana has a passion for souls and longs to be used of God in whatever way He deems necessary. When not writing or serving at church, Dana can most likely be found reading or hiking a nearby trail.
Previous “That’s Just Me,” An Excuse for Bad Behavior?
Next It’s All About How You Handle Stress