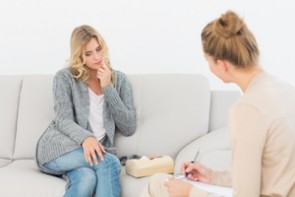 “That’s Just Me,” An Excuse for Bad Behavior?

Have you ever told someone, “That’s just me,”?

That comment usually follows someone’s criticism of our character or a habit. It’s a defensive punch, with an implied offensive follow up: “You’re being judgmental and unfair.” Is this a valid excuse for bad behavior?

Recently, I helped a friend administer the Volhard Puppy Aptitude Test to her newest litter of golden retriever puppies. It was amazing to see their distinct characters come to life in the course of a 15-minute exercise! A neutral administrator put each puppy through a series of eleven challenges. She held the puppy in the air for 30 seconds, held the puppy on its back for 30 seconds, asked the puppy to voluntarily follow her, asked the puppy to retrieve and surrender a toy; I banged together a pot and wooden spoon to gauge the puppy’s reaction to loud noises.

By the time we were done, the evaluator knew exactly what type of owner each puppy should go to so that both parties would thrive. For example, the little cuddler with a blue collar could go to almost anyone, but his bossy, baby sister needs an owner who can play the alpha role.

As I headed home that night, my heart was snug and warm with puppy love, but my mind was churning with possible applications of what I’d observed.

In essence, the Volhard Puppy Aptitude Test is simply used to determine “who” the dog is. Is she easy going, cantankerous or playful? Then, accepting each one exactly as they are, they are placed in good homes. On the other hand, the test reveals what kind of training each dog will need—what human personality type will best be able to form this dog into a good, obedient companion.

There certainly are elements of our personalities that are innate, should be respected and never criticized or purposefully altered. There are also things about each one of us that need to be targeted and intentionally changed. In these cases, it’s important to listen to the warnings, advice and correction of family and friends. We must humbly internalize their comments and seek to develop more God-honoring habits and character qualities.

A friend of mine’s husband is an incredible soldier in the Army. His work ethic is exemplary and his ability to lead troops, admirable. At work, his brusque manner and strong discipline tactics are an asset. However, when he comes home, elements of that same personality trait are displayed in outbursts of anger.

How do we assess our own personality traits—both good and bad? Often, within ourselves, it’s almost impossible to pinpoint these things specifically and objectively.

Who should you be listening to? Has something been said to you recently that you need to take to heart?

Previous Awake, Oh Sleeper
Next I Just Want To End It All