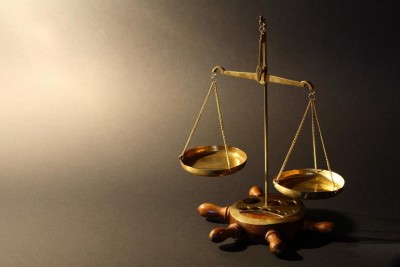 In a culture that worships tolerance, Christians are increasingly made to feel that any stand for righteousness is “judgmental.” A common phrase is “all sin is equal” but does the Bible support this statement?

In a previous post, we examined how different sins under the Law of Moses were categorized and carried different penalties. Evidently God did not view all sin the same. But did that all change when Christ came?

Remember that Christ said He did not come to abolish the law (Matthew 5:17).  Rather, Christ said He is the fulfillment of the law, and so we who are in Christ are no longer under it (see Galatians 3:24-25). Some Christians have the idea that God underwent a radical personality change from the time He made the Old Covenant until the New. “I the LORD do not change” (Malachi 3:6, NIV).

Notice Jesus names three cities infamous for their wickedness: Tyre, Sidon and Sodom. He says that these unrighteous cities will be better off in the day of judgment than Chorazin, Bethsaida, and Capernaum. Why? Because the latter experienced Jesus’ miracles and did not repent. Jesus indicates here that there will be different judgments handed out according to different levels of unrighteousness and unrepentance.

In Matthew 23, Jesus exposes the religious leaders’ hypocrisy, saying “Woe to you, scribes and Pharisees, hypocrites, because you devour widows’ houses, and for a pretense you make long prayers; therefore you will receive greater condemnation” (v. 14, NASB). Again, Jesus indicates greater judgment will be handed out to those who bear responsibility for people’s relationship with God.

This brings to mind James’ solemn warning, “Let not many of you become teachers, my brethren, knowing that as such we will incur a stricter judgment” (James 3:1, NASB).

Note 1 Corinthians 6:18, in which Paul says, “Flee immorality. Every other sin that a man commits is outside the body, but the immoral man sins against his own body” (NASB). Thus immorality is a unique sin in that it inflicts damage on our own bodies.

The Bible has a lot to say about churches that have ongoing sin in their midst. Jesus has a different word for each of the seven churches of Revelation according to their deeds. The church in Ephesus He initially commends for what they’ve done right, but then says this: “But I have this against you, that you have left your first love. Therefore remember from where you have fallen, and repent and do the deeds you did at first; or else I am coming to you and will remove your lampstand out of its place—unless you repent.”

Yet look at the church in Thyatira, which is also praised for good works, but then sternly warned:

“I know your deeds, and your love and faith and service and perseverance, and that your deeds of late are greater than at first. But I have this against you, that you tolerate the woman Jezebel, who calls herself a prophetess, and she teaches and leads My bond-servants astray so that they commit acts of immorality and eat things sacrificed to idols. ‘I gave her time to repent, and she does not want to repent of her immorality. ‘Behold, I will throw her on a bed of sickness, and those who commit adultery with her into great tribulation, unless they repent of her deeds. ‘And I will kill her children with pestilence, and all the churches will know that I am He who searches the minds and hearts; and I will give to each one of you according to your deeds” (Revelation 2:19-23, NASB).

The penalty for Thyatira’s tolerance of sexual immorality was different than that of the church in Ephesus whose fault was losing their first love.

The wages of sin is death

“The soul who sins shall die,” says Ezekiel 18:4. Romans 6:23 tells us that: “the wages of sin is death; but the gift of God is eternal life through Jesus Christ our Lord” (KJV). James says, “When lust has conceived, it gives birth to sin; and when sin is accomplished, it brings forth death” (James 1:15, NASB).

Unchecked, full-grown sin in all of its forms brings about death. However, the outcomes, judgments, and effects on the individual believer and corporate body vary. This is only a snapshot view of what the Bible teaches on sin.

What other phrases do you hear Christians say that the Bible doesn’t?

Emily Tomko's radical encounter with the Lord while at a nightclub changed her life forever and inspired her first novel, College Bound: A Pursuit of Freedom. She is the author of seven books, including 31 Thoughts on Prophecy and Leaving the Shallows: igniting the faith that overcomes the world. Her tastes tend toward vintage and she's a Germanophile, having spent a year in Bremen and Nuremberg. Emily loves the scriptures and writes with fierce compassion and a deep desire to see people freed from the miry clay of this world and walking in the truth.
Previous The Stranger at the Front Door
Next The Faith Of A Christian Camp Tested By Fire