Breaking News
Home / Family / The Stranger at the Front Door 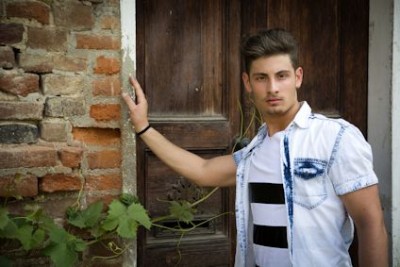 The Stranger at the Front Door

Most times when a child is abducted, it’s by a family member—usually parents who are denied custody or visitation rights, or when they’re trying to protect a child from abuse. However, there’s still a huge percentage of children who are victims of non-family abductions. This article is addressing those children being kidnapped by strangers. A lot of children know the slogan “Stranger Danger.” It’s being broadcast to kids everywhere through any medium possible. The media is incorporating it in public service announcements and in TV shows for kids, the schools are teaching it, and parents are preaching it.

However, the majority of these warnings is geared towards interaction with strangers on the streets, such as on the playground or walking home from school. Children are being cautioned to “Never go with a stranger,” but what happens when the stranger comes to their door? Are they being informed about not opening the door to strangers? Are they being warned to never let them in the house? Parents have to be vigilant. A big part of doing that, is to make sure the children are fully informed and appropriately trained to react—in any situation—to possible dangers.

Kidnapping is serious business, and it doesn’t always end well. Although the majority of cases might happen away from the house, a lot of children are being kidnapped from their home. Three out of four of the violent victimization of children took place in either the victim’s home or the offender’s home. According to statistics found on childfindofamerica.org/information.htm, “In almost half of all child abduction, the victims were sexually assaulted. 40% of the children kidnapped are killed, and approximately 75% are murdered within three hours of their abduction. 4% were never discovered.”

Acquaintance perpetrators are the most common type of abusers—but they aren’t the only ones. Strangers are coming to the homes with all sorts of stories just to get children to open the door and welcome them inside. Sometimes the pervert doesn’t even have to get an invitation, they just need an open door. Joey Salads is a YouTube star known for his videotaping experiments. He, along with the help of parents, decided to conduct an experiment to find out if children would open the door for a stranger.

Surprisingly, all four children involved in the experiment opened the door for a total stranger. Not only that, but all four of them, let him into their homes. Their parents were either taking a shower or in the back, giving the stranger enough time to snatch them away or enter the house and abuse them. Watch the video below and have a talk with your child today.

“It is not the will of my Father who is in heaven that one of these little ones should perish.” (Matthew 18:14)

What would your child do if a stranger is at the door?

Amelia Brown is from the beautiful island of Jamaica. She is a 28 year old Guidance Counselor by profession, but a passionate writer at heart. Most of her articles written are aimed at stimulating positive change under the guidance of the Holy Spirit. She is also a published poet and a member of Faithwriters. Outside of writing, she enjoys volunteering, cooking, and turning frowns right side up. Amelia currently lives in New York.
@ameliambrown
Previous Jesus Christ: The Supernatural Son of God
Next Is All Sin Really Equal? (Part 2)