Breaking News
Home / Faith / Is Christianity any Good for the World? 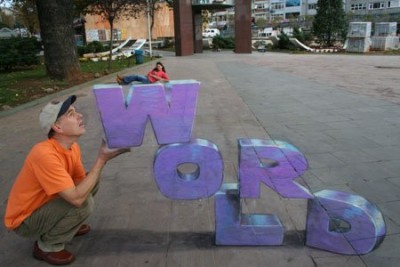 Is Christianity any Good for the World?

Perception and reality often are poles apart.  The impact of Christianity on the world is a prime example.  The tendency to perceive Christianity as negative and limiting is rampant.  Increasingly, the world reacts to Christianity as a negative, often trying to silence it.  Yet there is transformational power in Christianity!  In fact, volumes have been written on the realities of life transformed by Christian thought.  As we celebrate how our faith has changed the world, we gain confidence in its power to continue to change the world!

The value of women as unique, treasured creations of God gleams throughout scripture–from Eve, the mother of all living to Mary, the mother of the Savior and on into the church.  Jesus Christ treated women with respect in an era when the world treated them as disposable property or slaves without rights.  Miracles frequently came to women, the first words of the risen Savior were to women and the Church is referred to as the ‘Bride’ of Jesus Christ.  In a time when men could dispose of a wife for burning a meal, Jesus emphasized the value of marriage and family.  Both of which protected women and provided a strong fabric for society.  Jesus rejected the treatment of women as lesser beings and the New Testament Church records indicate women served alongside men as leaders.

PERCEPTION:  Christianity is contrary to science

Many revolutionary scientific discoveries have been made by scientists who looked at the world through the lens of Scripture.  The field of medicine is a prime example; principles of understanding digestion, infection and much more came through individuals convinced of Biblical wisdom.  Beyond that, the entire system of health care finds its roots in the Christian faith.  The disabled, the frail, the mentally ill were throw-aways in much of ancient society.  Jesus ministered to the physical needs of many bringing healing, hope and transformation.  Christianity elevates the value of every individual and care for the ill became a natural outpouring.  Florence Nightengale, founder of the Red Cross, is a more current example but the Nicene Council first called for institutional care in the fourth century AD.  Christian missionaries continue to transform the world by meeting needs in Jesus’ name.

PERCEPTION:  Christianity and the workplace do not mix

The very best workers ought to be Christians!  The honor of work and the principle that laborers are worthy of their wages are clear teachings of Christianity. Fair labor practices branch out of Christian principles as well; the early Union promoters were faithful Christians.  The fact that slavery is mentioned in Scripture is a reality–it is not an endorsement.  Quaker believers and other Christian soldiers sacrificially lived to change wrongs in slavery and the workplace overall.  The value of individuals permeates all Scripture, and believers in those principles brought and bring positive transformation to the workforce.

Social structures, individual value and well-being, the workplace…all that and more have benefited from  the influence of Christianity.  The perceptions of detriment are not without foundation; however.  The reality that sin exists in Christians tarnishes our living of the Truth.  We must confess those errors and never use them as an excuse.  Christ died to redeem fallen man.  It is the reality of redemption that must drive the life of every Christian; systemic changes come because individual lives have been transformed by the message of Christianity.

The world changes when individuals embrace Christ and let Him change the way they live.  My prayer for this piece is that it will combat the negative press so often given to our faith.  May it help you embrace your heritage as a Christian.  May it help you let faith bring miracles into your life so that your world will be transformed as Christ intends!

Billie Jo is wife to Craig and mom to Rusty and Riesa. Formerly employed in the human service industry, the past fifteen years have been dedicated to homeschooling. She is a freelance writer for a number of print and internet publications. She is also passionate about serving in the community. She works in a GED preparation ministry and a community-based servant program that provides opportunities for youth to serve others. It is passion for the love of Jesus and His transforming work that motivates her writing and serving. "I love to see God at work in the lives of others and this is the way I see best."
Previous Not All Cartoons are Good
Next Our Hope: Christ-like Shopping Behavior