Breaking News
Home / Faith / Is It Wrong to Question God? 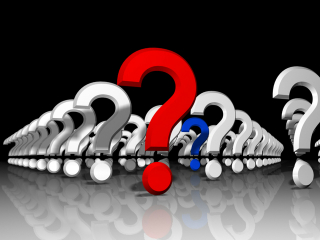 Is It Wrong to Question God?

Some of us who were raised in church have been taught that it is wrong to question God. Supposedly, questioning God displays a lack of trust on our part and is equivalent with blaming God or accusing Him of being wrong. But the Bible doesn’t agree with that line of thinking. In fact, a brief glimpse at the book of Psalms confirms that David—a man after God’s own heart—was constantly questioning the Lord about one thing or another. And He wasn’t the only one.

And there came an angel of the Lord, and sat under an oak which was in Ophrah, that pertained unto Joash the Abiezrite: and his son Gideon threshed wheat by the winepress, to hide it from the Midianites. And the angel of the Lord appeared unto him, and said unto him, ‘The Lord is with thee, thou mighty man of valor.’ And Gideon said unto him, ‘Oh my Lord, if the Lord be with us, why then is all this befallen us? And where be all his miracles which our fathers told us of, saying, ‘Did not the Lord bring us up from Egypt?’ but now the Lord hath forsaken us, and delivered us into the hands of the Midianites.’ ” – Judges 6:11-13

According to those verses, Gideon had a few questions for God, beginning with, “If God is with us, then why is all this bad stuff happening?” We’re familiar with that question, aren’t we? We’ve heard it asked at the graveside of a loved one. It is a query that escapes the lips of the man who was just laid off from work … again. It’s the question asked by the couple who can’t have a child and the woman who just found out she has cancer. It echoes through the minds of both young and old after the plane crash, the earthquake or the bombing. If God is with us, why is all this happening? All I can tell you is that God does have a plan and, even though it may not seem like it now, He is working all things for good to those who love Him (Romans 8:28).

Secondly, Gideon wanted to know, “Where are all the miracles we’ve heard about?” Gideon didn’t resent the fact that God had worked mighty miracles for his ancestors, but he wondered if the God of back then was the same God of right now. Been there, done that. I can’t tell you how many times I’ve prayed, “Lord, I know you’re the same God who parted the Red Sea, who brought down Goliath, who delivered Daniel from the lion’s den. You fed 5,000 with one little boy’s lunch. I know you can do all things. So why, Lord, am I sitting here with more bills than there is money with which to pay them? Why aren’t you working a miracle in my life right now?” Again, I have no perfect answer, but I can tell you that God’s timing is always best and that He will send a miracle when it is most needed.

Thirdly, Gideon was curious if God was even still there. With all that was happening to Israel during this time, Gideon seemed sure that God had forsaken them. Why do we always assume that if bad things are happening it must mean that God is no longer present? It’s simply not true. God is always with His children, and He has promised to never leave us or forsake us (Hebrews 13:5). He is with us in the valley just as surely as He is with us on the mountaintop. Just because things look dark doesn’t mean that the Light is not still present. He’s there. Call on Him, and He will answer you … just like He did for Israel. (Judges 6:14)

So, is it wrong to question God? According to the Bible, no, it is not. The trouble comes when we start demanding answers. God will answer in His timing, but it is not our place to dictate the how and the when. That is up to God, and we must learn, like so many in the Bible, to be satisfied with God’s response, even if it isn’t the one for which we were hoping.

What questions do you have for God today?

Dana is a full-time Christian author and speaker residing in Greenville, SC with her husband and two dogs. In fulfilling her call to evangelize the lost and edify the saints, Dana spends her days writing devotions, devotional books and books for children, as well as recording podcasts on various Biblical topics. She serves in many capacities at her local church, including the roles of church pianist and ladies' Sunday School teacher. Dana has a passion for souls and longs to be used of God in whatever way He deems necessary. When not writing or serving at church, Dana can most likely be found reading or hiking a nearby trail.
Previous Constant Arguments and 5 Ways to Reduce Them
Next Forgiveness Versus Reconciliation