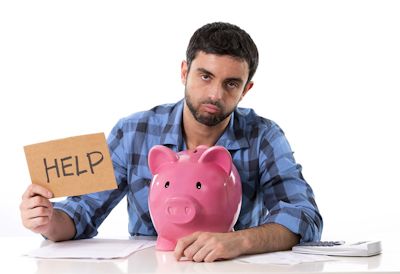 Is The “Prosperity Gospel” Legit?

The “prosperity gospel” is a trend in many churches, especially some of the mega-churches, that suggests a person may become wealthy in one of two ways. The first is strictly through faith in God and His desire to make the individual wealthy. Failure to achieve wealth means you simply didn’t have the necessary faith. The second is reliance in a supposed magical item or relic that has God’s blessing, and in turn you’re guaranteed financial prosperity. If you didn’t receive your wealth, you either didn’t use the item properly or didn’t believe hard enough. Also, these magical items are often offered for free, but the “ministry” will try to guilt you into investing a small fortune. After all, you’re going to be rich!

By now you can probably see where I’m going all this. In many of these churches that teach this way of thinking, the people who are getting rich tend to be the people leading the churches. They’re preying off people’s hopes to get out of financial pits and this is in many ways their draw. If people become desperate they’re going to look for a way out. Instead of milking these people for what they can get out of them, they should be investing in them. Isn’t this what the Apostles did in Acts?

Acts 2:44-45 And all that believed were together, and had all things common; And sold their possessions and goods, and parted them to all men, as every man had need.

Jeremiah 29:11 For I know the plans I have for you,” declares the LORD, “plans to prosper you and not to harm you, plans to give you hope and a future.

Now with all that being said, sometimes God does give wealth to people, and when He does it’s up for those individuals to do the right things with what they are given. One scripture I have to mention is God’s chastisement of David. He gave David so much, and said He would have even given Him more if it was his desire.

2 Sam 12:8 And I gave thee thy master’s house, and thy master’s wives into thy bosom, and gave thee the house of Israel and of Judah; and if that had been too little, I would moreover have given unto thee such and such things.

I mean what favor David had with the Lord and then he made a horrible and costly mistake. Our church leaders need to be careful not to make mistakes as well and try to market God’s favor when it is something for God to give as He chooses.

Friends, I don’t mind if a pastor or preacher in a church has a nice house or a car. We all like to have nice things. However, not at the expense of members within the body of the church. Let’s be reasonable. Jesus told his disciples to limit their possession to what they needed (Mark 6:8) Sharing is the best way and it’s the way taught throughout God’s Word. Thank you for reading and God bless.

Joel M. Bauer is a 45-year-old U.S. Army Veteran from Dunn, NC, which is just outside of Raleigh. After being honorably discharged from the U.S. Army, he attended school at Taylor University, a Christian liberal arts school, in Fort Wayne, IN, where he received his BS in social work and psychology. He has worked in such places as a homeless shelter, a community based treatment center for severe mental illnesses, a school for troubled students, and other social service agencies. His current endeavor is to build The Bottom Line website into a site that inspires both Christians and non-Christians alike, and brings glory to God.
Previous In-law Dilemma!
Next Safe In His Keeping