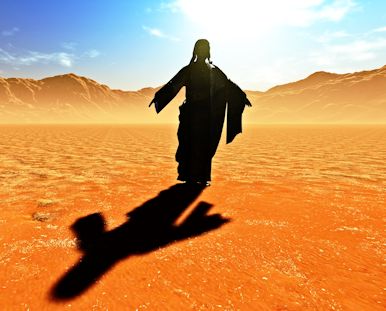 Let’s face it Jesus Christ walked, talked and breathed the supernatural. He was conceived by the Holy Spirit in Mary’s womb. He was a sinless human being. Jesus came speaking and demonstrating a whole new side to God’s kingdom no human being had ever seen before.

The Pharisees for the longest time poisoned the grace and heart of God’s original commands, they added rule after rule and man-made interpretations to God’s original law to the point that it wasn’t God’s truth anymore. It had become a unified code of legalistic regulations. Jesus often criticized the religious leaders of his day of how they had made the law of no use because of their external focused interpretation of it.

God’s laws were intended to set men free and point them to the coming of Jesus Christ. The law had become so twisted and marred that when Jesus did come He could not be understood when He tried to teach the true meaning and application of the bible.

Jesus was the exact representation and nature of the living God, Jesus was also novel because He became God in the flesh and came to dwell among His own. He taught that God was a God of freedom and not legalism that God looked on the intent of the heart and not the outward actions of a person.

Jesus taught us God would come to live within our spirits and that the Holy Spirit would come to dwell in our born again spirits. Jesus embodied the new kind of relationship God desired with His children. God walked and talked with Jesus like no other human being before Him. Jesus said if we would accept his death on Calvary we too could have this one on one loving, intimate relationship with the Father .

Jesus spoke of our authority over Satan; He demonstrated our authority over Satan. Until Jesus’ arrival on earth no one ever commanded the evil spirits to leave a human being possessed by them. Jesus cast out demonic spirits routinely in front of all Israel and he gave his disciples that same authority and power as well as every person who called on is name for salvation.

Above all else Jesus commanded us to love our neighbor as ourselves even if that neighbor was our enemy. Whoa radical concept! Forgive countless times always as God forgave us and passed over all our sins. These are just some of the supernatural things Jesus said while He ministered among us.

What supernatural qualities can you think of that Jesus had?

Greg is a born again believer who testifies to the absolute transforming power of God's word. Greg has been called to full time ministry and He has known Jesus for most of his life. Greg received his degree in Pastoral Ministries from what was formerly Bethany University in Santa Cruz,California. View Greg blogs on iwriteforjesus.com. Greg has a book published on " To Jesus Christ the High Priest of my confession: A personal Testimony." find it on http://www.amazon.com/Christ-Priest-Confession-Personal-Testimony/dp/1507706847/ His testimony in short form is published in "Trials and Triumphs II" on http://www.amazon.com/Trials-Triumphs-II-FaithWriters/dp/1498416012/. This book is filled with 50 inspirational testimonies and is a project of Faith Writers.
Previous Have a Berry Healthy Day
Next The Stranger at the Front Door