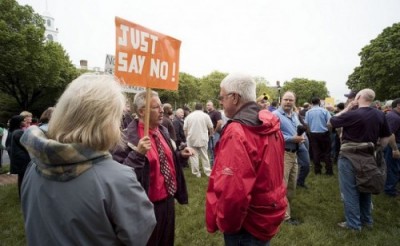 Ever felt like you were nothing? A nobody? Insignificant? And unremembered? You are not alone. At some point, we have all felt this way. The question isn’t when will you feel this way but rather what will you do when it happens to you?

In Biblical days, there lived a young Hebrew girl. She was an Israelite Jew carried away captive by the Syrians. Typically speaking this meant she had been cut off from her homeland, her culture and her family. In fact, she was so inconsequential that history did not even record her name. She had every reason to give up, but she didn’t. She realized a very important lesson. It didn’t matter where she lived, how old she was, or even how lowly her position was in her master’s household, she had a ministry. God had called her for a purpose.

In 2 Kings 5, we meet this young damsel. Her master, an important captain in the Syrian army with an impressive background, had leprosy. Leprosy is an infection that destroys the nerves, respiratory tract, skin and eyes. We now have a cure for it, but in Biblical days, it was terminal. Apparently, our young servant girl showed great compassion for her master and lamented his condition. She told her mistress that if only her master could see God’s prophet, he could be cured. Her master did go to Israel where God healed him through his prophet Elisha, but it all started with the faith and bravery of one trivial, captive servant girl. She submitted to God’s will for her life and fulfilled her purpose by witnessing to those around her. As a result, a man’s life (both physically and spiritually) was redeemed as seen in verse 17 when Naaman vows “thy servant will henceforth offer neither burnt offering nor sacrifice unto other gods, but unto the LORD.”

So I ask you today. Are you discouraged? Are you in a place where you feel inconsequential and alone? Just say NO to your anger, hurt, and defeat; then say yes to God. See that God may have placed you where you are for a reason. Discover His purpose, the ministry he intended for you and change the life/lives of those around you. Be like the little servant girl who realized that it is not always the rich, important people who have a scope of influence. She lived Proverbs 14:25 when it says “A truthful witness saves lives” and offered her testimony and her truth. Offer yours and offer hope to those around you.

Heidi Lynn has a passion for women's ministry and can be found writing at Chronicles of a New Creation. Heidi believes that as Christian women, we were created to serve our families, our churches, and our communities. With this calling in mind, she writes and speaks about organization in homes, families, and spiritual lives.
Previous Beating the Holiday Blues
Next The Power of Speaking God’s Word