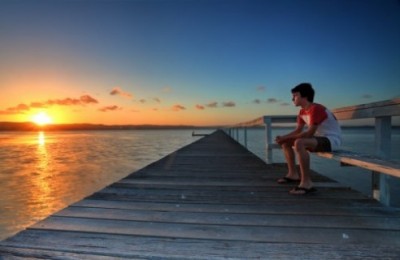 I remember one time as a new believer in Christ I was on fire. I wanted to share the gospel with anyone and anybody. During that time, there were also a lot of trials that I had to overcome as well as trials that still continue to this day.

However, I remember one particular day. We were in the midst of a financial trial and I knew that I only had $20 that I could put in for gas. As I pulled up to the gas station, I asked God for His help to endure.

Putting the car into park, I proceeded to step out of the vehicle, select my grade of gas, and began pumping watching the dial tick by every penny that we had allotted for gas for the next two weeks.

About five minutes later, I was on my way into the cashier station to dole out my last $20. Frustrated with myself for my poor choices in the past, I walked with my head held downward back to my car. As I was walking, I immediately stopped just in front of my car. There lying on the ground in front of me was a twenty dollar bill. I did a double take and viewed 360 degrees to see if anyone had mistakenly dropped the funds.

In the entire parking lot of the gas station, there was only one other person and they were directly to my right. I approached with honest anticipation and asked.

“Hi there. Is this your twenty dollars that was dropped by chance?”

Still in shock I quickly replied, “Ok. Thanks.”

I began walking back to my vehicle dazed and confused. How is it possible that I just put in twenty dollars and yet it seems that I am holding the same twenty dollars that went already to the cashier?

Lord, I thought to myself, is this for me? A feeling of approval rose up in my heart. In that instant, I knew that the money was for me.  Right then, my faith was confirmed when he inaudibly placed a verse in my heart “Look at the birds of the air, that they do not sow, nor reap nor gather into barns, and yet your heavenly Father feeds them. Are you not worth much more than they?” (Matthew 6:26)

That day began the process of letting go of my fears of losing control over my situation and instead letting God handle the job for me.  So, what are the fears that you are hanging onto that hinder you from letting go and letting God? I promise you this, He will not push you to let go, but when you do, you will wonder why you didn’t let go earlier.

is an author and editor for The Bottom Line Ministries as well as a member of Faith Writers. Currently she teaches high school language arts. She is a mom to four amazing blessings and enjoys every moment life has to offer. Renee has a fervor and drive to learn, she loves to read and spend time with her family, and is involved with her local church ministries. Humbled by God’s gift of words, she has a passion to write what the Holy Spirit has placed in her heart. She hopes to publish her in-progress book someday, but in the meantime, is honored to be placed as part of the TBL writing family and is holding on to the ride wherever God is leading. Renee and her family reside in their country home in Holland, Iowa.
Previous Even Christians Hurt
Next A Movie Of Hope, After The Storm