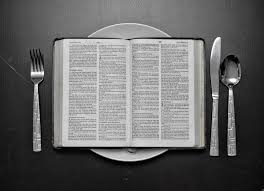 Man is so smart. We take it upon ourselves to fix everything broken: faucets, cars, toys, economies. But what happens when we come up against a situation we cannot fix; something that, despite our best human efforts, we cannot repair? Marriages go through fires. Finances come under attack. Children stray from the Lord’s will.

The disciples encountered a situation they had no business addressing, once. It took Jesus Himself to cast a demon out of a young boy. This feat baffled the disciples. Once they had the opportunity, they asked the Lord to explain why they were unable to cast the demon out of the boy. Mark 9:29 records:

“And He said to them, ‘This kind can come forth by nothing, but by prayer and fasting.’”

Jesus expected His disciples to include prayer and fasting as part of their commission. After all, He did both. If they were to follow Him, they were to emulate His behavior. The same holds true for today’s Christian. We will face challenges that cannot be conquered by our own efforts. We’ll even face challenges that cannot be defeated by prayer alone. Sometimes, a situation calls for deep and radical action on our part. God doesn’t need our help to rectify a matter. But, He does want to know where we stand with Him.

Daniel fasted for ten days, choosing to eat vegetables and drink water only. God showed him and his companions to be in better shape than anyone else at the end of that period. Another time, Daniel again fasted for 21 days, choosing to deny himself the luxury of choice foods. At the end of that fast, God sent the archangel Gabriel to commune with Daniel. Daniel used these periods of fasting and prayer as a means to hunker down and really seek the Lord’s presence.

Who doesn’t love a good steak, with mashed potatoes and gravy on the side? But, when you have a Goliath sized issue that isn’t deterred by any human effort or prayer alone, maybe it’s time to put down the steak and potatoes. Deny the flesh the desires of choice foods, choosing instead to feed the Spirit through concentrated prayer and diligent fasting. God loves to answer our prayers, and nothing makes Him happier than to see His people seeking Him before seeking their own pleasures and self-gratification.

On a personal note: family, once upon a time, I didn’t believe in fasting. I thought it was ultra and extra Christian behavior. When my family’s well-being came under intense attacks from Satan, I set my pride aside along with my plate. The hunger was great, but God is greater. By the end of my fast and prayer period, the Lord showed us exactly why He is who He says He is. It works, when your heart is opened and receptive to the Lord. It works because Jesus expects us to include it, in our commission. Sometimes, desperate times call for intense measures in seeking the Lord.

@Ennis_C_Smith
Previous Everything We Need to be Faithful (Dr. Kent Brantly’s Story)
Next What next?