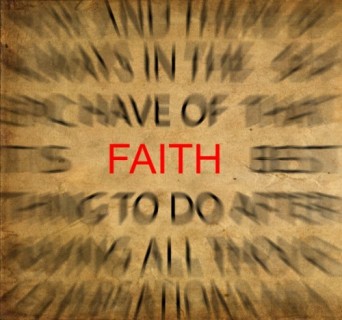 Everything We Need to be Faithful (Dr. Kent Brantly’s Story)

“God was reminding me of what He had taught me years ago, that He will give me everything I need to be faithful to Him.” (Dr. Kent Brantly, Aug. 8, 2014)

His ordeal started on the morning of July 23, 2014, when he woke up feeling ill and running a low-grade fever. Dr. Kent Brantly knew the awful possibility as he awaited testing for the Ebola Virus, hoping for a less frightening diagnosis of Malaria or Dengue Fever. But the results confirmed his worst fears– it was Ebola, a disease with a 90% mortality rate and no known cure. The doctor knew he would be fighting for his life, and he had witnessed firsthand the deaths of many patients under his care who suffered from Ebola.

The journey that brought him to this crisis had started early in his life. Kent Brantly knew he wanted to make a difference for others, and this desire had led to his current circumstance of serving a fellowship in Liberia with Samaritan’s Purse, using his medical skills to minister to others. His wife and two children, safe in the U.S., had been with him until just three days before he fell ill.

After several weeks of uncertainty for the doctor and his family, weeks spent in isolation at Emory University where he kept a journal with the words above, suffering all the physical effects of Ebola, he has made a miraculous recovery. His testimony is to the grace and mercy of God–Who truly does give us everything we need to be faithful!

For more on Samaritan’s Purse: http://www.samaritanspurse.org/our-ministry/about-us/

My husband Dan and I have three children and three grandchildren. We live in central Illinois. I am a graduate of The Institute of Children's Literature, a member of faithwriters.com, and a member of SCBWI. My writings have been published at chirstiandevotions.us, in DevotionMagazine, the PrairieWind Newsletter, and here at thebottomline.co.
Previous Ready and Waiting!
Next Prayer and Fasting