Breaking News
Home / Faith / Questions Atheists Tend to Ask Part 6: Why is “Thou shalt not rape” Not Part of the Ten Commandments? 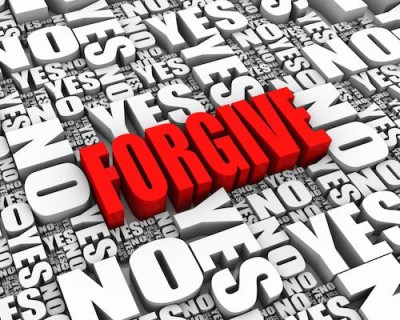 Questions Atheists Tend to Ask Part 6: Why is “Thou shalt not rape” Not Part of the Ten Commandments?

Why is, “Thou shalt not rape,” one of the Ten Commandments? That is a question I’ve heard asked by atheists more than a few times.

Lets go through them one by one.

Thou shalt not commit adultery: Adultery is the corruption of sexual union and fidelity, with rape being the nadir of this particular sin. Rape not only defiles the victim, but also defiles the gift of sexuality given to us by God; it is a crime that hurts all involved. The victim is injured both physically and spiritually, the rapist plunges himself further into sin; and those involved have their relationship with God damaged and strained to the point of breaking.

Thou shalt have no other gods before me: Rape is almost universally recognized as being about power and not sex. The rapist, in assuming power and dominance over his victim, is placing himself in control of the life of another, such actions are contrary to the first commandment as they are a corrupt and vile imitation of the sovereign power God has over all creation.

Thou shalt not steal: Rape is the theft of bodily integrity, safety and personal well being. Sexuality is the most personal and private part of a person and the violation of that is theft of the worst kind. It is theft because for a long time after, the victim does not have the sense of being safe from harm.

Over the years, women have told me horror stories of things done to them–everything from grandpa’s wandering hands to being gang raped and set on fire. The one constant in those who have moved beyond the crimes done to them is that they have gone to Jesus for healing and they found that healing by learning to forgive those who hurt them.

Years ago, shortly after I was baptized, a woman came knocking at my door. She was a neighbor a few doors down who needed help with something. We eventually became friends and I learned her story: For over 30 years she had been abused by family, by strangers, by boyfriends. She had scars inside and out from all of it. She knew I was big into Jesus and kept asking questions. She even asked if she could come to church with me. Sadly it took a suicide attempt and near death experience for her to fully give her life over to Christ, but the last I spoke to her, she had found peace by learning to forgive those who hurt her.

That is something that is often forgotten or goes unspoken; it is not always about us and our sins, sometimes it is about forgiving others and their sins.

Matthew 6:43-45 “Ye have heard that it hath been said, ‘Thou shalt love thy neighbour, and hate thine enemy.’ But I say unto you, ‘Love your enemies, bless them that curse you, do good to them that hate you, and pray for them which despitefully use you, and persecute you; That ye may be the children of your Father which is in heaven.’ “

Whom do you need to forgive in order to find the true peace that Jesus offers?

Jonathan Kotyk is a student, self taught philosopher, recovering addict and born again Christian. He has spent time on both the far Left and Far Right side of the political spectrum and lives in Canada.
Previous 7 Things You May Not Know About Introverts
Next The AFA Announces New Outreach for 20-Somethings: Engage Magazine