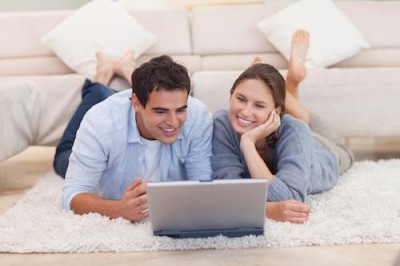 The American Family Association (AFA) announced last week that they have developed a new outreach “geared specifically for the Millennial generation” called Engage Magazine.[1] The online magazine is written for 20-somethings and by 20-somethings—a group who has made it their mission to present a biblical perspective on today’s culture.

According to the website, writers at Engage are driven to “show how the Biblical worldview intersects with culture and engages it.”[2]

“We desire to be salt and light,” the website reads, “presenting truth in a manner that helps other (sic) see it, engage with it and live it. We will talk about what matters to you, but we will also talk about why it matters.”

Topics include everything from entertainment and money matters, to family and everyday life.

“All of us at American Family Association are excited to offer this new ministry and new resource for Millennials—a very passionate, outspoken, and active generation who will truly be game-changers in our world, in politics, in churches, in education, and in their communities. Our Engage team has worked tirelessly to bring this new ministry to Millennials who crave interaction, thrive in social media, and are forthright about their beliefs. We look forward to all the amazing connections that will be made through ‘Engage.’”[3]

1 Timothy 4:12 says: “Let no one despise you for your youth, but set the believers an example in speech, in conduct, in love, in faith, in purity.” Though young—some single, some in college, some newly married with small children—the Engage team is heeding the call by stepping out in faith and writing about what matters most.

The project began 18 months ago when a group of employees met in a conference room to discuss what they believed was a missing element in AFA. Though the AFA has been mightily successful over the last 38 years since Don Wildmon launched the non-profit organization, the group felt there “was little outreach helping people enter the workforce, building their families, and starting their adult lives to build a biblical worldview.”[4]

And so EngageMagazine.net was born.

Writers for Engage come from all stages of life but are each part of the Millenial generation. As Engage editor Teddy James writes, “We are a part of our own audience.” And because of that, they have a greater understanding and empathy for the doubts, fears and questions plaguing today’s 20-somethings.

Do you feel more resources like Engage are needed for today’s Millenial Christians?

is a freelance writer and contract copywriter who lives in the seacoast region of New Hampshire with her husband, Eric-Thomas,of five years. She currently serves alongside her mother as the Marketing Director for God’s Girls Christian Store and More, a online retail store serving the southern New England region. Her work has been featured in several print and online publications, and she is the recipient of two Faithwriters’ Editors Choice Awards for her short stories, which are scheduled for publication in the Mixed Blessings series. Her first book, Fragile: 30 Days of Hope for the Anxious Heart, is now available at samanthaarroyo.com. She can be reached at [email protected].
Previous Questions Atheists Tend to Ask Part 6: Why is “Thou shalt not rape” Not Part of the Ten Commandments?
Next What Would Life Be Like if Kids Were in Charge?