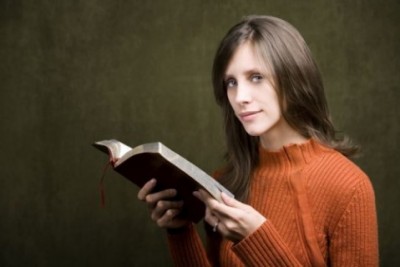 Should Women be Ordained Pastors?

Have you ever stopped to notice that there are no ordained woman preachers in the Bible? Have you ever wondered why the twelve disciples were all males? “Do you believe women should be ordained pastors?”

James Brown sings that “it’s a man’s world.” Many will strongly disagree with his claim, especially since a lot of women hold the title of CEO in today’s world. It is also a known fact that women tend to have profound success rates when placed in higher leadership positions. But can that statement about it being a man’s world be taken as facts when it comes to woman being pastors? I know it’s tempting, but we cannot lead by the world’s example. The scriptures insist that although we are in the world, we are not of the world. So, let’s look at what the Bible has to say.

There’s no record that God forbids women to become pastors, but there’s also no record of God anointing women as pastors either. There were also no known women pastors in New Testament times, much less the old. We saw God anointing priests in the Bible (Exodus 30:30, Numbers 3:10, Luke 4:18)—but none was ever women. Hebrews 7:28 says, “For the law maketh men high priests…” Hebrews 5:1 also states, “For every high priest taken from among men is ordained for men in things pertaining to God…”

Then when the Bible does speak in regards to women as pastors, it’s not in support. In 1 Timothy 2:12 Paul says, “But I suffer not a woman to teach, nor to usurp authority over the man, but to be in silence.” He further explained why he took this stance in the verse that follow, “Because Adam was first formed, then Eve.” If women are to be ordained pastors, they would definitely have physical and spiritual authority over men (1).

The Bible really doesn’t support the practice of women serving as pastors, but this doesn’t mean there weren’t strong biblical women spreading the gospel. There are several examples of woman leaders and missionaries winning souls for Christ. According to sbclife.net, “Women in the New Testament engaged in significant ministry, performing valuable service in sometimes-difficult situations.” (2) Both Priscilla and Aquila witnessed to Apollos at Ephesus (Acts18:24-26), Deborah was a prophetess and a judge (Judges 4:4-5), Miriam was also a leader (Micah 6:4), and Hannah was a prayer warrior. (1 Samuel 2:1-10)

God chose men as ministers, not because they are smarter or because women are inferior. It’s simply just the way He designed the church to function. After all, He’s not an author of confusion. Women are great assets to God’s ministry, and we are all called to spread the gospel. The only activity women are restricted from is having spiritual authority over men. They are, however encouraged to teach others—especially younger women. (Titus 2:3–5)

What’s your take, do you believe women should be ordained ministers? Use the Bible to support your answer.

References
(1) Question: “Women pastors / preachers? Can a woman be a pastor or preacher?” Retrieved from http://www.gotquestions.org/women-pastors.html

Amelia Brown is from the beautiful island of Jamaica. She is a 28 year old Guidance Counselor by profession, but a passionate writer at heart. Most of her articles written are aimed at stimulating positive change under the guidance of the Holy Spirit. She is also a published poet and a member of Faithwriters. Outside of writing, she enjoys volunteering, cooking, and turning frowns right side up. Amelia currently lives in New York.
@ameliambrown
Previous Healing from a Dead Relationship
Next Parenting In Sync