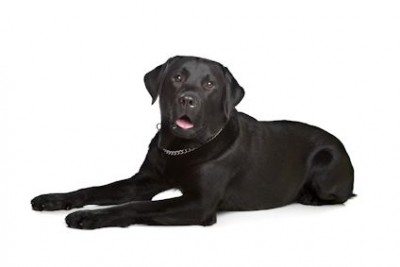 Two Dogs With A Mind Of Their Own

Did you ever hear of a dog riding on a bus or visiting someone in the hospital all by itself?

In Seattle, Washington, Jeff Young has a black Labrador named Eclipse. The two often went to the dog park together on the city transit. That changed a few months ago when Jeff was waiting to finish a cigarette before boarding a bus with his dog. Eclipse got tired of waiting and got on by herself.

The dog walked down the aisle and hopped  on a seat like a regular passenger. She looked out the window waiting for the park to come into view. When it did, Eclipse got out of her seat, walked to the door of the bus and got off. Jeff caught up with her a few minutes later. This has now become a regular routine, and the Seattle bus drivers and human passengers get great amusement from it.

The next story is about a canine that missed her human “mother” badly. In Cedar Rapids, Iowa, Nancy Franck was in a local hospital for cancer surgery. Her husband, Dale, was taking care of the home and the couple’s two dogs, Sissy and Barney, both miniature Schnauzers. One morning at 1:30 a.m., Dale could not find Sissy anywhere. He received a call about 5:30 a.m. from the hospital where his wife was admitted informing him that Sissy was there.  A security officer noticed a dog had wandered into the facility and a phone number was given on the dog tag.  Permission was granted to allow Sissy to see the patient she had come to visit. She had gone 20 blocks in the middle of the night by herself, following her “nose” to the correct destination.

It could be true that God created dogs, as well as other pets, to bring laughter and joy into our lives. Sissy and Eclipse are true companions and friends that “stick closer than a brother,” as it says in Provers 18:24.

Dale looking for Sissy reminds me of the parable of the lost sheep in Luke 15:2-7. Jesus uses this story to say that “there will be more joy in heaven over one sinner who repents, than over ninety-nine righteous persons…” Sissy went 20 blocks to come to where Nancy Franck was. Jesus came all the way from his heavenly throne to meet us where we are in our sinful condition, and died for your sins and mine on the cross.

What are some ways that pets have brought you laughter and joy? From a spiritual standpoint, what are ways that God’s Son, Jesus, has sought you out and met you where you are?

John Livingston Clark is 67 years of age and lives in central Washington State. He has written two published books, and two published poems. His initial book is called, " God's Healing Hope: Breaking the Strongholds of Wrong Thinking." His second book, released in December of 2016, is a motivational book written to seniors titled, " Seniors: Are You Retiring or Recharging?" Both books are available on amazon. You can also view his writings on www.faithwriters.com. John is available to speak on a variety of topics. Visit me at jclarkministries.com
Previous What Role Should Women Play in Church Leadership?
Next Teens: That it may go well with you