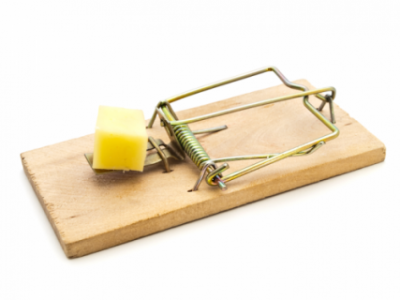 The Deceptive Nature of the New Age Movement

One of the primary characteristics of the devil is that he is a deceiver. His motive is to bring destruction, but his primary weapon is deception. I wrote previously how the enemy draws people into the occult. The occult is known for its dark and destructive practices, but there is another form of occult activity that appears much less harmful: The New Age movement.

The New Age movement is a broad term for a wide variety of practices and beliefs. Generally, it is a mixture of Eastern mysticism/religion and the occult. Though there are various forms of New Age belief and activity, there are basic core philosophies that run throughout: pantheism (all is god), monism (all is one), syncretism (all religions are one) and enlightenment (realization that we are god).

While the occult and the New Age have similarities, the occult is more overt in its darkness while the New Age movement tends to be more veiled. The Bible says that “Satan himself transforms himself into an angel of light” (2 Corinthians 11:14). The deceptive nature of the New Age is a prime example of this. What makes it more difficult to recognize is that many times New Age practitioners may speak of Jesus and God, and will even sometimes quote the Bible. But to them, Jesus is one of many enlightened gurus and the Bible is one of many sacred texts. The Jesus they believe in is not the Jesus of Scripture, but “another Jesus” (see 2 Corinthians 11:4).

I once had a conversation with a man who was learning various New Age healing techniques and I mentioned that I also was involved in healing ministry, only from a Christian perspective. He was quick to say, “All healing comes from God” as if to imply that there was really no difference.

The New Age movement is deceptive in that many of its goals are congruent with Christianity. The problem is that it uses illegitimate means of reaching these goals. Wanting to walk in peace, see people healed, and know your purpose and destiny are great goals. But tapping into unknown spiritual forces and elevating self as god are the means by which these objectives are sought. The New Age movement wants peace without righteousness, healing without the cross, unity apart from truth, and supernatural power without legitimate authority.

Are you able to differentiate between the true and the false? It is critical that we walk in discernment in these days. Let’s ask God for a love of the truth that will protect us from the deceptive schemes of the enemy!

Jake Kail is a teacher, author, and speaker who is passionate for the kingdom of God. He was called into ministry during his college years, after a life-changing encounter with God. The focus of his ministry is on teaching and equipping believers, strengthening local churches, and seeing awakening and restoration come to the church. He also ministers often in the area of deliverance from evil spirits, seeing people set free from bondage, torment, and oppression. Jake is the author of three books: Restoring the Ministry of Jesus, Can a Christian Have a Demon?, and Abiding in the Vine. He speaks at churches, retreats, conferences, and other venues. Jake lives with his wife and family in Lancaster, PA where he serves on the pastoral team at Threshold Church. Check out Jake’s website and blog here: http://www.jakekail.com.
Previous The Enemy, My Friend
Next Hope for the Parent of a Prodigal Child