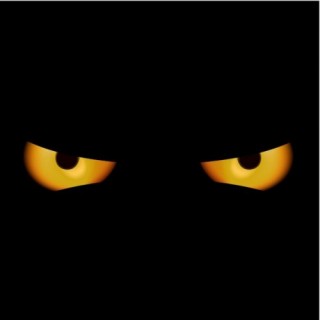 Friends, today I would like to discuss the correlation between two of my favorite books in the Holy Bible. They are Job and James. These two books were some of the earliest writings in their respective testament. Job in the Old Testament, and James in the New Testament. In fact, I wouldn’t be surprised if James received much of his holy inspiration from reading the book of Job. So let’s take some time and explore a few similarities.

One of the key themes in the book of James is with using our faith when dealing with trials and tribulations. In fact, the book starts out by encouraging brothers and sisters in Christ to not only embrace trials, but to find joy in them (James 1:2).

Similarly, the book of Job is about a righteous man who was willing to accept the bad with the good and trust in the Lord in even the darkest of times (Job 1:21-22, 2:10). Job lost almost everything he possessed, had an unsupportive wife, and three friends that were more accusing than supportive.

But wait, there’s someone else in the book of Job that I would like to focus a bit of attention on. He is none other than Satan. At the beginning of the book of Job, Old Scratch is fussing at God because He placed a hedge of protection around Job, blessed his hands, and increased the fruit of his labor (Job 1:10). We all know what happens next. God gives Satan the ability to strike out at Job, but he is not allowed to take Job’s life (Job 1:12). Satan goes on the offensive against Job and he does it extremely well. Job lost family, his herds, and was even struck with boils from head to toe.. However, Job never gave up.

Now let’s jump back to James and look at one of the key scriptures in this book.

James 4:7-8 Submit yourselves therefore to God. Resist the devil, and he will flee from you. Draw nigh to God, and he will draw nigh to you. Cleanse your hands, ye sinners; and purify your hearts, ye double minded.

Job resisted the devil the entire time. He even told his wife that he felt it important to accept both the bad with the good when she encouraged him to curse God and end his life.

Job 2:9-10 Then said his wife unto him, Dost thou still retain thine integrity? curse God, and die. But he said unto her, Thou speakest as one of the foolish women speaketh. What? shall we receive good at the hand of God, and shall we not receive evil? In all this did not Job sin with his lips.

We can also be certain that Satan was influencing Job’s three friends Eliphaz, Bildad, and Zophar. Sure, they were supportive at first, but later on they became critical of Job (Job 22:5). In the end, God chastises them through Eliphaz, and they needed to go to the very individual they offended (Job) to have him say a prayer on their behalf (Job 42:7)

An Audience With God

If we go back to James 4:7-8, it makes an important claim. That if we submit to God and draw night to Him, He will draw nigh to us. This is the very thing that happened to Job. He resisted Satan, sought God’s hand, and he receives an audience with God. Something special happens at this point. God arrives as a mighty whirlwind and instead of comforting Job; He challenges Job to MAN UP! He not only does this once, but twice (Job 38:1-3, 40:6-7)! Let’s take a peak at one instance.

Job 38:1-3 Then the LORD answered Job out of the whirlwind, and said, Who is this that darkeneth counsel by words without knowledge? Gird up now thy loins like a man; for I will demand of thee, and answer thou me.

What just happened? Job just took a beating and now God is telling him to suck it up. You see, here God is showing His dominion over creation. He’s conveying the message to Job that He is the Creator and He has His creation under control.

In the end, God ultimately restores Job and multiples everything in his possession so that his end was more than his beginning. Job also gets to live to be one hundred and forty, and has the privilege of raising up the next four generations in his line (Job 42:12-17).

Wait a minute! Rewind! Wasn’t there someone that was all big and bad in the beginning of the book of Job? Perhaps, someone who was like a roaring lion looking to devour Job (1 Peter 5:8)? Why yes, I believe so, but where is he now?

Let’s go back to James 4:7-8 again. We are told to resist the devil and he will flee. Isn’t this exactly what happened in the book of Job? Job remained faithful, God blessed Job, and the devil decided to beat feet. By time we get to the end of the book of Job, Satan is nowhere to be found. Not under a rock or even up a tree. Nowhere! He is gone!

Job and James are two great examples of how to take down that nasty devil when he attacks. However, the most important thing to remember is that they are also great examples on how to draw close to God and experience a greater intimacy with Him. Sometimes God allows for trials and tribulations to come into our lives, but He does this with great purpose. When we press in with our faith, you can be rest assured, that like Job, we will receive wondrous blessings from our Lord who loves us. Thank you for reading and God bless.One

Are you under attack? What are some ways you can draw near to God?

Joel M. Bauer is a 45-year-old U.S. Army Veteran from Dunn, NC, which is just outside of Raleigh. After being honorably discharged from the U.S. Army, he attended school at Taylor University, a Christian liberal arts school, in Fort Wayne, IN, where he received his BS in social work and psychology. He has worked in such places as a homeless shelter, a community based treatment center for severe mental illnesses, a school for troubled students, and other social service agencies. His current endeavor is to build The Bottom Line website into a site that inspires both Christians and non-Christians alike, and brings glory to God.
Previous “There But For The Grace Of God Go I”
Next Kendrick Lamar in English Class: An Artist Gives Back