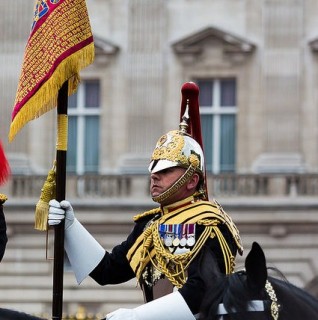 The equipped officer: ministering in prophecy and other spiritual gifts

“The reason we see so much misconception, fear, and controversy surrounding spiritual gifts in the west is that once the church begins moving in the power of the Spirit, she will bulldoze the kingdom of darkness,” a pastor once said. The difference between fighting our battle without the fullness of the Holy Spirit as opposed to welcoming Him completely (Acts 2:4, Acts 4:31, Eph. 5:18) is the contrast of trying to win a war with a pop gun versus suddenly being given a tank.

Paul makes a remarkable statement about the assembly of believers and spiritual gifts. He says, “But if all prophesy, and an unbeliever or an ungifted man enters, he is convicted by all, he is called to account by all; the secrets of his heart are disclosed; and so he will fall on his face and worship God, declaring that God is certainly among you” (1 Corinthians 14:24-25, NASB).

Here Paul draws a correlation between an unbeliever and an “ungifted” person – someone not moving in the gifts of the Spirit – saying that both will come under conviction because what’s hidden in their hearts will be revealed through prophetic ministry. Why would Paul link a non-Christian in the same sentence as someone who does not believe in or use the gifts of the Spirit?

Most interesting to note here is the Greek word used for “ungifted” person in verse 24. It is idiōtēs, meaning an unlearned, ignorant, or crude person. It also was used as a term for a common soldier, as opposed to a military officer. In other words, the difference between a gifted an ungifted believer is the difference between fighting the spiritual battle we’re in as a standard enlisted soldier, or as a trained and equipped officer.

A common excuse some believers use in ignoring prophecy and other gifts of the Spirit is that they’ve seen them misused and were repelled by the whole experience – possibly the gift was used in such a way as to manipulate or harm another individual. Sometimes, the person ministering in prophecy had some shady areas of his or her life that caused the turnoff.

If someone has seen counterfeits in use, it only serves to verify that the originals exist – and are still in use. Imagine throwing away all the cash in your wallet and refusing to use it because counterfeit bills are in existence all over the country? We wouldn’t stop using paper money just because counterfeit currency had been printed and was being used illicitly around the nation. Why does a significant portion of the church think it would not come at a terrible cost to dispose of the gifts God has issued us because some have misused them?

Do you “earnestly desire spiritual gifts, especially that you may prophesy”? (1 Cor. 14:1). It is equipping for advancing in the ranks of God’s army!

Emily Tomko's radical encounter with the Lord while at a nightclub changed her life forever and inspired her first novel, College Bound: A Pursuit of Freedom. She is the author of seven books, including 31 Thoughts on Prophecy and Leaving the Shallows: igniting the faith that overcomes the world. Her tastes tend toward vintage and she's a Germanophile, having spent a year in Bremen and Nuremberg. Emily loves the scriptures and writes with fierce compassion and a deep desire to see people freed from the miry clay of this world and walking in the truth.
Previous Generous Tips In Jesus’ Name Brings Blessing To Servers
Next The Passing of Gospel Singer Andrae Crouch