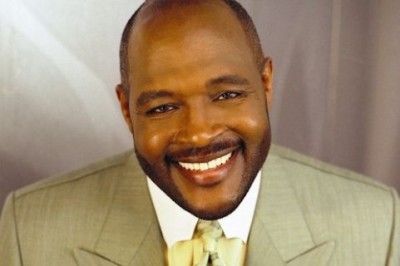 Legendary Gospel music singer and composer, Andrae Crouch, passed away Thursday, January 8. He died of a heart attack at the age of 72. He was an extremely popular Christian musician who wrote his first tune at 14 years of age, and since the 1960’s, when he ushered in Gospel music, won 7 Grammy Awards.

He lived in Los Angeles where he pastored a church, along with his sister. Andrae was involved in both Gospel music and Hollywood, worked with Diana Ross and Ringo Starr, and was one of only several Gospel singers to have a star on the Hollywood Walk of Fame. Other accomplishments include arranging music for “The Color Purple” and “The Lion King.”

In music circles he is best known for the very popular, “My Tribute,” still being heard on radio stations.  He also wrote the songs, “The Blood Will Never Lose Its Power,” and “Soon And Very Soon.” Elvis Presley performed his song, “I’ve Got Confidence.” Andrae knew his purpose in life was to write music, and that he did, even though he had dyslexia, so he sometimes used pictures instead of words. He said, “You have to press on and know your calling.”

It has been said that more important than the year of one’s birth and death is what goes in the dash in between.  Andrae Crouch left a legacy of Gospel music. I remember singing his songs when I was in my college age years.  He made a difference. He knew why he was put on earth and fulfilled his calling to the maximum. II Timothy 4:5 says to “be sober in all things, endure hardship, do the work of an evangelist, fulfill your ministry.” This describes his life. He will be missed. May be all know our purpose and press on, as Andrae did. The question is: “To what extent are you making the best use of your life?”

Now sit back and enjoy the video below and listen to Andrae Crouch sing his signature song.

John Livingston Clark is 67 years of age and lives in central Washington State. He has written two published books, and two published poems. His initial book is called, " God's Healing Hope: Breaking the Strongholds of Wrong Thinking." His second book, released in December of 2016, is a motivational book written to seniors titled, " Seniors: Are You Retiring or Recharging?" Both books are available on amazon. You can also view his writings on www.faithwriters.com. John is available to speak on a variety of topics. Visit me at jclarkministries.com
Previous The equipped officer: ministering in prophecy and other spiritual gifts
Next From Curiosity to Destruction: The Way of Sin