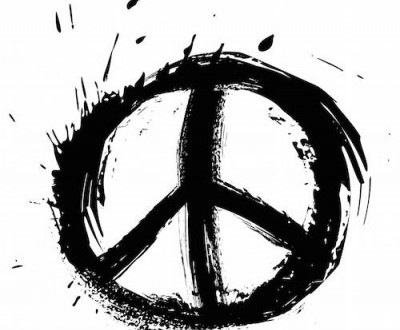 The Immorality of Pacifism Part 1

No action is exempt from moral judgment; no activity can be despoiled of the value which a moral purpose confers on all things.

This means that every thought and every action can be broken down to the moral principles guiding the action. Once broken down, the action can be seen as composed of one or more of the seven holy virtues (also known as the seven gifts of the Holy S pirit) which are faith, hope, love, fortitude, justice, prudence and temperance; or of the seven deadly sins which are lust, gluttony, greed, sloth, wrath, envy and pride.

What is pacifism composed of?

First it should be defined. Pacifism is the philosophy of non-aggression and the avoidance of violence. Its adherents claim it is a philosophy of love for one’s neighbor and putting into practice the Golden Rule: Do unto others as you would have them do unto you.

Pacifists want no violence done to themselves so they do no violence to others. The theory behind it is that by setting an example for others to follow they will bring peace; by not resisting violence done to them they will wound the conscience of those doing violence and win them over to a non-violent lifestyle. They falsely claim as adherents to their philosophy such esteemed historical figures as Martin Luther king Jr., Mahatma Ghandi and Jesus Christ.

These men were carrying out a higher form of warfare, one that utilised opposition to evil without physical violence, they were aggressive in their pursuits of justice, something a pacifist, being non-aggressive, does not do.

I will show that pacifism is not what its adherents claim it is and that it is morally bankrupt.

Pacifism says that it is about loving one’s neighbor as one’s self even to the point of dying rather than defending themselves. Yet in doing this they reveal that it is not love that motivates this inaction, it is sloth.

Just as the devil can appear as an angel of the light, a sin can masquerade as a virtue. In this case, sloth is masquerading as love of one’s neighbor.  Sloth itself is composed of not just laziness but cowardice, apathy, dissatisfaction, discontent, failure to love God with all one’s heart, mind, soul and strength, as well as not making use of, or caring about, the responsibilities that come with the gifts of God.

Pacifism is composed primarily of not loving God as well as having an apathetic attitude towards the gifts of God.

Not loving God and being apathetic towards His gifts: God gives us life and certain talents to carry out the meaning of life which is to serve God and bring glory to His name.

Ecclesiastes 12:13  “The end of the matter; all has been heard. Fear God and keep his commandments, for this is the whole duty of man.”

By willingly going to one’s death, a pacifist shows total disregard for his life and the gifts God has given him. We are created in the image and likeness of the living God. God is not passive to evil; He actively infuses us with the Holy Spirit giving us the courage to fight against evil. From Samson and Gideon we see God giving us the physical and moral strength to do battle with evil and in the prophets, especially Elijah. We see the courage to carry out spiritual warfare. To refuse to fight to preserve life or oppose evil is to grieve and reject the Holy Spirit.

Because perfect love casts out evil, pacifism in its inability to confront evil does not act out of love. For example, would a pacifist ever take a meth pipe away from a junkie and smash it, then grab the junkie and drag him to mirror and force him to look at what he has done to himself? No, a pacifist would not, they are dedicated to non-aggression and non-violence. True love is violence towards evil, sometimes it is physical sometimes it is a spiritual form of violence.

“Whoever does not love does not know God, because God is love.” 1 John 4:8

God does not advocate pacifism:

Neither of these is in contradiction to each other, for in Jesus we see both Him bring an end to sin–peace through an act of war-going to the cross.

The point of all this is that anything that is not of God is a sin and since pacifism is composed of sins, it cannot be of God and as such it is morally bankrupt. The Christian cannot practice pacifism nor adhere to its teachings since they are of the devil. Pacifism is what alcoholics commonly call an enabler, it helps evil thrive more than it does away with it.

In part 2 I will respond to common objections made by pacifists.

Do you agree or disagree and why? Leave a comment below and let me know.

Jonathan Kotyk is a student, self taught philosopher, recovering addict and born again Christian. He has spent time on both the far Left and Far Right side of the political spectrum and lives in Canada.
Previous God Uses “Dirty Laundry”
Next 3 Common Mistakes That Cause New Year’s Resolutions to Fail