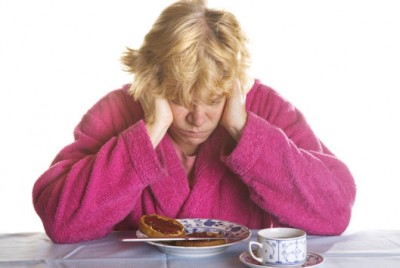 3 Common Mistakes That Cause New Year’s Resolutions to Fail

It happens every year. As sure as the ball dropping in Times Square, people are sure to make New Year’s resolutions. The thing is… they don’t always succeed. As a result, most people resolve to not having any resolution for the New Year at all. They have seen New Year’s Resolutions failed so many times, they’ve lost all faith and hope in its ability to work.

Vague & Unrealistic
Resolutions such as, “I want to lose weight, improve my finances and spiritual life, or get a new job,” aren’t specific enough. How many pounds do you intend to lose? What kind of job do want? If your resolutions are vague you won’t know where to start, and if they aren’t time-bound then they’ll drag on forever or get forgotten.

When you make them specific, be sure to make them realistic. Loosing 30lbs in one month by going to the gym twice a week for 30 minutes, isn’t realistic. Deciding to quit drinking or smoking January 1st after downing a bottle of Vodka or three packs of cigarette the night before, isn’t realistic. Always start small, and be precise in order to ensure that your resolutions are attainable.

No Real Consequences
Even if you have realistic, attainable resolutions, they can still fail if you didn’t set real consequences for not meeting those declarations in the allotted time. Knowing that you stand to lose something if you fail, will help to keep you on task. The bigger the consequence, the harder you’ll work to attain your resolutions. Try consequences such as an extra hour at the gym, not dining out for two months, not buying yourself a birthday gift, or doubling up on your tithes and offering.

God is Omitted
You can set realistic, attainable resolutions with real consequences, but if God is left out of the picture, it still won’t be successful. Philippians 4:13 says “I can do all things through Christ which strengtheneth me.” That means if God isn’t there to strengthen and sustain you, then you won’t be able to do it. Never underestimate the power of God to make you victorious with your New Year’s resolutions—no matter how small. When you feel like giving up, reach out to God in prayer. Use His words for motivation and encouragement.

Probably the name “Resolution” scares you; feel free to call them “Goals,” after all, that’s what they really are. We all need a plan to guide us through the year. There’s nothing wrong with setting goals, just be sure to make them worthwhile.

“For which of you, desiring to build a tower, does not first sit down and count the cost, whether he has enough to complete it? Otherwise, when he has laid a foundation and is not able to finish, all who see it begin to mock him…” (Luke 14:28-29)

What are your New Year Goals?

Amelia Brown is from the beautiful island of Jamaica. She is a 28 year old Guidance Counselor by profession, but a passionate writer at heart. Most of her articles written are aimed at stimulating positive change under the guidance of the Holy Spirit. She is also a published poet and a member of Faithwriters. Outside of writing, she enjoys volunteering, cooking, and turning frowns right side up. Amelia currently lives in New York.
@ameliambrown
Previous The Immorality of Pacifism Part 1
Next Experiencing God’s Best In 2016