Breaking News
Home / Faith / The Rise of Christianity Among Muslims 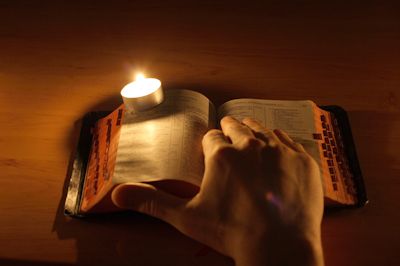 The Rise of Christianity Among Muslims

Amidst all of the war and beheadings caused by the Islamic State, a miracle of rebirth is happening in the hearts of many. Muslims are discovering that there is a Christian God who is alive and with whom one can have a personal relationship. Those who have been taught to pray five times a day to Allah, and who, according to the Quran is “unknowable,” are learning what it means to communicate with a God who cares. They also are seeing for the first time a God of unconditional love.

Syrian and Iraqi refugees, many living in tents, are more open to the Gospel than at any time in history because of the atrocities by ISIS. The message of hope, salvation, and healing is being broadcast by radio, satellite, internet, and digitally stored solar-powered MP3 players using batteries because many of the refugees are illiterate and have no electricity. According to a Christian Aid Mission’s Middle East director, “We all agree that it’s the greatest happening since the beginning of Islam.”

God’s word will go forth, no matter what. The enemy does not realize that Christianity lives in the hearts of individuals, and that persecution causes it to flourish all the more. I have heard and read that Muslims cannot understand how it is possible to love one’s enemy.

However, the real enemy is Satan, who is seeking to keep all people in bondage to deception. One of the ways he is doing this is through false religion and “praying” to dead idols. Another method is by having people believe that they can earn their salvation by doing works or religious rituals. They are both substitutes for the real thing-salvation by grace through faith, apart from works, given as a free gift to anyone who puts their faith and trust in a living Lord and Savior.

When it comes to recognizing the truth of salvation, the horrific acts of evil being done by ISIS are only working against them. It has not come without cost, though. People have been gruesomely murdered because they have refused to deny their faith in Jesus, like the recent beheadings of four young children. A spiritual battle is being fought for the eternal fate of each and every soul. Many Muslims are finding the eternal truth made possible by regenerated hearts, and not by futile religion.

Jesus made the claim recorded in John 14:6 that he is “the way, the truth, and the life,” and no one can come to the Father except through Him. I John 5:11-13 says that “…God has given us eternal life, and this life is in His Son. He who has the Son has life; he who does not have the Son of God does not have life. These things I have written to you who believe in the name of the Son of God, in order that you may know that you have eternal life.”

HOW ABOUT YOU? How can you have a more personal relationship with a God who loves you unconditionally?

John Livingston Clark is 67 years of age and lives in central Washington State. He has written two published books, and two published poems. His initial book is called, " God's Healing Hope: Breaking the Strongholds of Wrong Thinking." His second book, released in December of 2016, is a motivational book written to seniors titled, " Seniors: Are You Retiring or Recharging?" Both books are available on amazon. You can also view his writings on www.faithwriters.com. John is available to speak on a variety of topics. Visit me at jclarkministries.com
Previous The Evolution and Creationism Debate: Part II
Next Moving On: Abraham and the Promised Land