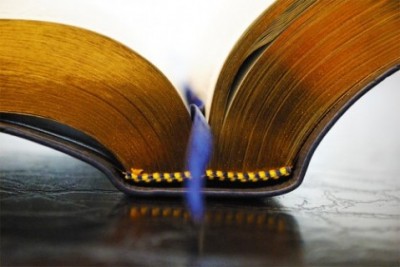 As I mentioned in my previous article, evolution and creationism is a heavily debated issue due to the fact that unbelievers who are also scientists claim that evolution is the only answer as to how our world became what it is today. The last article focused on what evolutionists think so this article will focus on what creationists believe.

Creationists rely solely on the validity, authority, and inerrancy of the bible. They believe exactly what the bible says about how the world began and they do not accept any other explanations because the explanation has already been given. More recently, popular scientist Bill Nye debated Ken Ham on this very issue, which was posted on the Answers in Genesis website. This debate focused on whether creation is a viable model of origins in today’s modern scientific time.

More importantly is the added evidence of intelligent design that cannot be ignored.

If we are to know our purpose in life or how life was created to begin with we have to go back and study how everything began. This is an issue that is highly controversial and is dependent on what a person believes to be the truth. It is a topic that has plagued people for many years but more recently it has gained attention because it appears more scientists are claiming that their findings are the truth and that there cannot be any other explanations.

Where is the evidence?

Two books on the forefront on the evolution versus creationism debate are Thank God for Evolution by Michael Dowd and The Language of God by Francis S. Collins. They both are respected experts in their field of study. Coincidentally they both encourage the marriage between science and faith in God. Further, world renown Physicist, Frank J. Tipler wrote a book on the evidence for God called, The Physics of Christianity. It talks about many scientific ideas, specifically Occam’s razor. Occam’s razor is another example that was created by Scientists most likely to dispute what is truth (God).

Tipler points out, “There was a necessity, the same necessity that forces the multiverse upon us: to have one set of physical laws for both the small and the large.”

So as we search for the truth in our own lives it is clear we cannot pick and choose what appeals to our immediate desire for what we think will make us happy. As Tipler said there are physical laws that apply to all of us and it’s not something we can choose to accept if we want it to apply to us. It just simply is the way and the truth.

Next week I’ll be wrapping up this series but it’s never too early to share your comments.

Sarah loves Jesus and is unashamed to tell the world about His truth and bold love! Her purpose is to encourage others to seek the truth as they pursue who they are in Christ. She is also a Mom and feels blessed to call Colorado her home.
Previous 3 Keys for Breaking Free from the Occult
Next The Rise of Christianity Among Muslims