Breaking News
Home / Faith / The Spider in the Mailbox 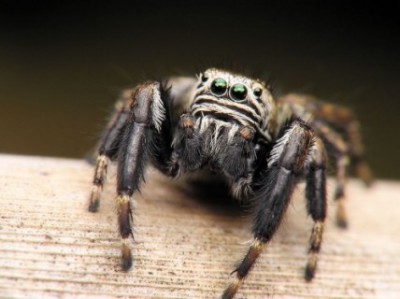 Prov 30:28 The spider taketh hold with her hands, and is in kings’ palaces.

I hate spiders! I absolutely detest them! When I was a child, my older brother used to harass me with them, and to this day I do not like them. In fact, I do not like anything that might try to bite or poison me. However, when I think about it, even though I may not like this particular creature, God’s wonder can be found within it.

Yesterday, I went out to the mailbox to get the mail, and when I pulled it out, there was a huge spider sitting on top that looked like it was ready to pounce. I quickly shook the mail so that the spider would drop to the ground. Afterwards, what I noticed was that the spider had a nest in the mailbox where it had laid its young. Of course I wasn’t going to have a hundred baby spiders attacking me when I go to get the mail the following day, so I removed the nest. It was nothing short of a chore, as the web was stronger than steel and stickier than a fine glue.

There was a lesson to be learned in all of this. The spider had no control over how it was born. It was born a spider and will be a spider until somebody steps on it. It was doing what God designed it to do. It was finding a nice dark place to make a home for it’s young. What it did, it did very well. As the verse in Prov 30:28 says, it was building a little palace. A secure fortress that took a barrage of effort to eradicate.

This little spider is a testament to God’s glory. It was fulfilling God’s design for its life by being fruitful and multiplying. It was caring for its young and it was ready to defend with its life if necessary. Isn’t this exactly what Christ does for us? He cares for His children, and has defended us with His life. Just something to think about the next time you see a scary spider. God bless.

Joel M. Bauer is a 45-year-old U.S. Army Veteran from Dunn, NC, which is just outside of Raleigh. After being honorably discharged from the U.S. Army, he attended school at Taylor University, a Christian liberal arts school, in Fort Wayne, IN, where he received his BS in social work and psychology. He has worked in such places as a homeless shelter, a community based treatment center for severe mental illnesses, a school for troubled students, and other social service agencies. His current endeavor is to build The Bottom Line website into a site that inspires both Christians and non-Christians alike, and brings glory to God.
Previous Exempt From Wisdom?
Next Feeding the Spirit to Defeat the Flesh