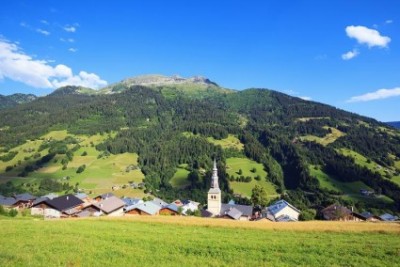 The church can transform a community with its God-given authority.

Transforming a Community With God-given Authority

My hometown was in an uproar. Word was out that a building on the main street had been bought by a business that specialized in selling drug paraphernalia. The name of their shop, which consisted of the word “Bad,” was already written on a sign, though they hadn’t yet opened their doors. Their business specialty was selling drugs that were harmful but legal, as well as paraphernalia for illegal drugs. This was the third of a chain of stores that they owned, and evidently the other two were prospering in nearby counties. As one rehab counselor noted dismally, “Every time legal drugs are abused in an area, the abuse of illegal stuff skyrockets as well.”

The mayor, the school superintendent, the police chief, and community organizations were grim over the prospect of a town already plagued with drugs being visited by this blighting presence. Churches began praying that Bad would somehow be stopped. When opposition was voiced against them, the owner of the shop defiantly had the sign for his business remade–two times larger.

Our church stood in prayer on the promise of Psalm 2:8, “Ask, and I will give you the nations as an inheritance,”  and “All the families of the nations will bow down before him” (Psalm 22:27b), along with similar verses that speak to God’s authority–and the authority He has given to us over the earth.  We knew the mayor and chief of police were believers and they were praying that this representation of Hell would be thwarted.

Months went by, and the grand opening of Bad loomed on the horizon. We continued to pray that God would somehow intervene. The wife of one of my pastors was led to pray not only that the harmful store wouldn’t come, but that something which would advance God’s kingdom would open there instead.

In late March, we received word that a raid had been conducted in another one of the Bad chains, and four men had been charged with criminal conspiracy, dealing in proceeds of unlawful activities, possession of a firearm by persons not permitted to have one, as well as numerous other indictments. Those involved with its operations were sentenced to prison terms ranging from six to fifteen years. There would be no Bad shop in our town.

What eventually came about was that a Christian counseling ministry opened within the walls of the same building, just as my pastor’s wife had prayed.

Do you realize the authority you have in Christ? When you pray, do you stand on specific promises, “reminding” God of His own Word? What mountain in your family or community would you like to see moved?

Emily Tomko's radical encounter with the Lord while at a nightclub changed her life forever and inspired her first novel, College Bound: A Pursuit of Freedom. She is the author of seven books, including 31 Thoughts on Prophecy and Leaving the Shallows: igniting the faith that overcomes the world. Her tastes tend toward vintage and she's a Germanophile, having spent a year in Bremen and Nuremberg. Emily loves the scriptures and writes with fierce compassion and a deep desire to see people freed from the miry clay of this world and walking in the truth.
Previous God’s Purpose For Humanity Leaves No Room For Racial Prejudice
Next Jesus Is Able