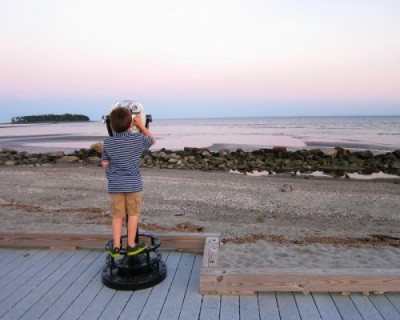 Turning Around My Perspective

I love the millennials’ attitude towards life, not their behavior, which is even more bold and brash than the 20’s. YOLO (You Only Live Once) is their motto for everything-good or bad; incredibly fierce or incredibly stupid in choice and demeanor. They are not afraid to try anything. Their “live for the moment”, “the here and now” perspective is mind blowing. Staggering really when you take a closer look since their focus revolves around the world. What does the world think of me, see of me, like of me? That’s the part of their attitude that I don’t like. It’s all an inward lens with temporary results, a tinge of loneliness, and a dash of emptiness leaving them longing for something more.

As Christians we are called to “be of the world and not in it” meaning our outlook should not be fixated on what the world loves but what our Savior adores; people-relationships to be exact. As pointed out to me, Jesus never debated theology. He’s about people and his GPS calls out directions to a world of eternity.

When he called Peter, James, John, and the rest he gave two simple commands, “Come” and “Follow” and without a doubt they did, but why did they give up everything they had just to follow someone who the Pharisees name called and harassed? They knew that He was not like the world. He was different. He never complained. He never was lazy.

He was not of the world. His eyes were fixed on bigger and greater things to come. He understood the temporary existence to which the world was and is lingering in. He did crazy things! I mean who eats dinner with a tax collector, puts spit and mud in their hands and rubs it on a guy’s blind eyes, tells a man who has been dead for more than two days to get up out of his tomb and he does!?-That’s just crazy stuff! Not only was he out there with his theology, but his heart had only one idea in mind: What can be done to seek and safe the lost so that through me, they may live?

I know it’s hard to change your perspective when the world is so inundated around you the constant in your face advertisements, the flood of technology, and the even more prominent competition to keep up with the Jones. Yet, it is possible to detoxify your perspective from an internally focused comfort zone to an externally focused desire to show those who are hurting, lonely, and feeling empty the satisfaction that can be found in Jesus Christ who reigns in a world called Eternity. I am challenged by His command to “Come” and “Follow”, but I also have to remind myself that He who is in me is greater than he who is in the world (1 John 4:4).

is an author and editor for The Bottom Line Ministries as well as a member of Faith Writers. Currently she teaches high school language arts. She is a mom to four amazing blessings and enjoys every moment life has to offer. Renee has a fervor and drive to learn, she loves to read and spend time with her family, and is involved with her local church ministries. Humbled by God’s gift of words, she has a passion to write what the Holy Spirit has placed in her heart. She hopes to publish her in-progress book someday, but in the meantime, is honored to be placed as part of the TBL writing family and is holding on to the ride wherever God is leading. Renee and her family reside in their country home in Holland, Iowa.
Previous If Not Us…Then Who?
Next Tugging on the Family Chord