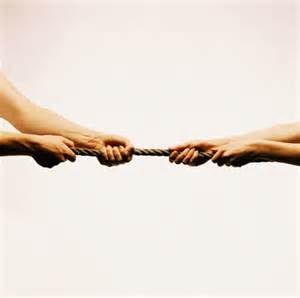 Tugging on the Family Chord

There is a wise saying about family unity: “The family that prays together, stays together”. There’s another saying that existing in contradiction to this one, however: “Every family has a black sheep in the flock”. Both have been proven true in the family dynamic, throughout time.

My pastor often tells the story of his youth; how he grew up as a preacher’s son, but blatantly rebelled against everything he every saw God sew into his family. He credits his salvation not only to the choice he ultimately made, to follow Jesus, but also to his praying family. Abraham was a devoted praying man, but his belief didn’t stop his nephew, Lot, from moving into Sodom and Gomorrah. But, it was the favor of the Lord over Abraham’s family that saved Lot from the destruction of the city.

Satan wants to destroy the family. In our fallen world, God only needs to get to one person in the family, to affect change. Because it’s in his nature to copy the work of the LORD, Satan also seeks to get a foothold into the family. If he can get his hands on just one person within the flock, that person might sew discord, mayhem and destruction into the very chord that binds the family together. Therefore, we have to be diligent in our prayer-lives, where family is concerned. Satan’s influences run rampant throughout the world’s systems. But, I’m reminded of Psalm 107:41 which reads,

“But he raises up the needy out of affliction and makes their families like flocks.”

I grew up in a family of unbelievers. Today, I make sure to teach my family who God is and what His sacrifice meant for us all. Despite my best efforts, there are some within my family who struggle against the influences of the world. Like Lot, they are drawn to the allure and false promises Satan has to offer. But like Abraham, I continue to pray for my kids’ salvation. I pray that they will one day truly set Jesus as the Lord over their hearts, not simply trying to add Him to the lives they already lead.

I look at the salvation of family as a kind of eternal tug-of-war between God and Satan. Sure, we already know who wins ultimately, but Satan seems hell-bent on taking as many people down with him as possible. So you can never give up on family. You have to continue to pray together, on behalf of those who might not quite be there, yet. The salvation of the family can be viewed as the chord; God on one end; Satan and his influences on the other. At the end of the match, I think we all want to see everyone of our family members on the right side.