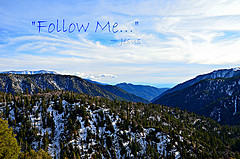 Remember a song by country music artist Mac Davis in the 80’s? No, you’re too young. Anyway, the principle stays the same at any age. The first line goes something like this, “Oh Lord it’s hard to be humble when you’re perfect in every way.” Sounds a bit haughty but sums up the human condition, right? C. S. Lewis once stated and I paraphrase, “all sin stems from pride”. I agree with Lewis’ observation and it rang true in the Garden of Eden.

We hear about the American dream quite often during sports events such as, ‘go big or go home, climb to the top, go for the gold, we’re number one’. Okay, we get it. We beat the other team and that makes us special—for a season. Then the next year rolls around and perhaps we’re on the bottom. Regardless, human nature fondly stretches for pomp and relishes the limelight. Remember how Jesus’ disciples grumbled and argued over who would be chosen to sit with Him in high places (of honor) when He came into His Kingdom? (Luke 22:24)

In light of that, what made Jesus the greatest leader of all time?

Jesus only did and said what His Father told Him to do and speak “the Son can do nothing of his own accord, but only what he sees the Father doing. For whatever the Father does, that the Son does likewise” (John 4:19 ESV). Willingly, in complete obedience, Jesus did and said everything His Father ordained and summarized the entire plan for his disciples in just two words: follow me. During their last meal together, taking off His outer clothes, Jesus washed the disciples feet and dried them with a towel hanging from his waist (John 13:2-5). Peter, who struggled with arrogance and pride realized years later the significance of Jesus’ loving patience and tenderness when he penned, “God resists the proud but gives grace to the humble. Therefore, humble yourselves under the mighty hand of God, that He may exalt you in due time” (1 Peter 5:5-6).

Even though it took the disciples a long time to understand the meaning and significance of Jesus’ teachings, when comprehension finally came, it never left them. Furthermore, it gave needed strength to continue despite great hardships. Works the same for us in today’s pitiful and fallen world “Whoever wants to be great must become your servant, just as the Son of Man did not come to be served, but to serve” (Matthew 20:26-28).