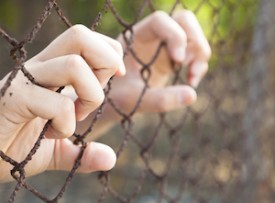 In Matthew 18:21-35, Jesus told a parable about the importance of extending forgiveness to others. In the story, a king forgave one of his servants a large debt that he was unable to repay. That same servant then found one of his fellow servants who owed him a much smaller amount of money. Instead of extending the same mercy he had received and forgiving his fellow servant, he had him placed in prison.

When the king heard what had happened, he was furious: “And his master was angry, and delivered him to the torturers until he should pay all that was due to him,” (Matthew 18:34). The words of Jesus in the next verse are very sobering: “So My heavenly Father also will do to you if each of you, from his heart, does not forgive his brother his trespasses.”

Our sin against God is a debt that we could never pay. Yet, God provided for our forgiveness through the death of His own Son on the cross. In turn, when others sin against us, He expects us to show the same mercy to them that He has shown to us.

Getting free from the Prison of Unforgiveness

Living in a fallen world, we all experience the pain of being sinned against to one degree or another. How we respond when this happens will have major implications on our spiritual life.

When we harbor bitterness, anger and unforgiveness in our hearts, we end up like the man in the parable: imprisoned and tormented. Unforgiveness places us in a spiritual prison, and gives the devil permission to torment us. It does not hurt the person who sinned against us, it hurts us. We receive tremendous healing and breakthrough when we forgive the people who have sinned against us.

Forgiving others is a choice not a feeling. If we wait until we feel like forgiving, it will probably never come. When we choose to forgive, it is not condoning the hurtful behavior of others; it is not making what they did to us okay. But it is releasing the bitterness and resentment that we have in our hearts toward them. When we do this, we are setting ourselves free from a spiritual prison.

Is there anyone that you need to forgive? You don’t necessarily need to speak to them in person, but between you and God, forgive them from your heart. Say a prayer like this:

God, because you have forgiven me I choose to forgive others. Specifically, I forgive _____________________. I lay down all bitterness, anger and resentment. I command any evil spirits that are tormenting me because of unforgiveness to go now in Jesus name!

Receive God’s love and set yourself free from the prison of unforgiveness!

How has extending forgiveness changed your life?

Jake Kail is a teacher, author, and speaker who is passionate for the kingdom of God. He was called into ministry during his college years, after a life-changing encounter with God. The focus of his ministry is on teaching and equipping believers, strengthening local churches, and seeing awakening and restoration come to the church. He also ministers often in the area of deliverance from evil spirits, seeing people set free from bondage, torment, and oppression. Jake is the author of three books: Restoring the Ministry of Jesus, Can a Christian Have a Demon?, and Abiding in the Vine. He speaks at churches, retreats, conferences, and other venues. Jake lives with his wife and family in Lancaster, PA where he serves on the pastoral team at Threshold Church. Check out Jake’s website and blog here: http://www.jakekail.com.
Previous In Harm’s Way: Should We Fight for our Brothers and Sisters in Christ?
Next Is Pain Really a Problem?