Breaking News
Home / Faith / What if Jesus Lived Like a Celebrity? 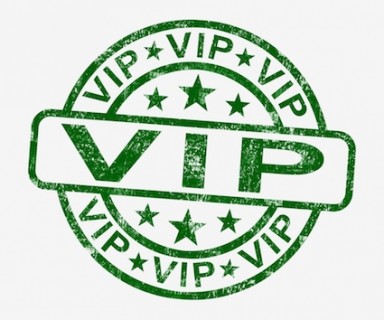 A celebrity is a very popular individual, a V.I.P. (Very Important Person). He/she is famous, well known, and well loved. Jesus was and still is, all of the above. He was well known in Jerusalem, Samaria, Galilee, Egypt, and Judea to name a few places. He was loved by dozens. Many gathered to see and listen to him as well. So, what if Jesus lived like a celebrity? If He was to live as superstars are living now, here is what His life would probably look like:

• Most likely have His own reality TV show. Probably called Following Jesus, or The Life of a Miracle Worker.

• Live in Los Angeles, California, in a big mansion that He rarely spent time in.

• Spend “crazy money” on expensive hotel rooms, while He travels from place to place healing the sick and raising the dead.

• Have plenty of fancy cars to choose from, and a chauffeur to drive Him around.

• Paparazzi would shadow His every move, snapping pictures as He fed the five thousand and recording videos of Him overturning the tables of sellers in the temple.

• Most likely rub shoulders with other big-shot celebrity kings, and forget about healing regular folks.

• Probably ask His disciples to escort the woman with the issue of blood away from Him.

• Pay someone a huge sum of money to die on the cross—or even just have us pay for our own sins!

Jesus could have done all those things, and made it about Himself instead of us. Jesus could have been born in the biggest mansion and have the finest of everything. Why? Because His Father owns the whole world. But thank God, Jesus, the greatest King who ever lived and the Savior of mankind, choose to live like a humble pauper. He was born in a place for animals, and He worked as a carpenter. He didn’t toot His own horn, and He treated everyone equally.

I pray we take a page out of Jesus’s book. It’s not about what we have and the amount of attention we get. It’s not about being popular nor about where we rank in society’s hierarchy of status. It’s about humbling ourselves, living for Jesus, and serving others. Our reward will come from our heavenly Father when we have successfully finished life’s race.

How would your life change if you were a celebrity?

Amelia Brown is from the beautiful island of Jamaica. She is a 28 year old Guidance Counselor by profession, but a passionate writer at heart. Most of her articles written are aimed at stimulating positive change under the guidance of the Holy Spirit. She is also a published poet and a member of Faithwriters. Outside of writing, she enjoys volunteering, cooking, and turning frowns right side up. Amelia currently lives in New York.
@ameliambrown
Previous Pushing Through Spiritual Resistance
Next Wedding Bells & Shotgun Shells: 10 Insights On Getting Married