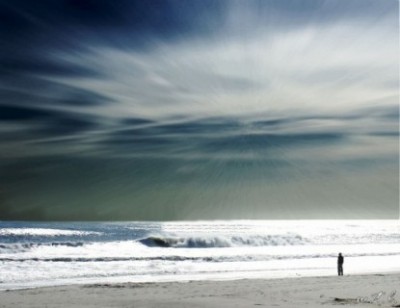 What is Spiritual Warfare?

In the previous article, Are Ghosts Real?, I established four main points about unclean spirits otherwise known as demons, evil spirits, or fallen angels. I also introduced the notion of spiritual warfare and how unclean spirits are working for Satan, the ruler of this world we currently live in.

I realize that this may be a lot of information to take in or maybe at this point some of you believe the information to be bogus, yet you are curious enough to keep reading.

How do we know that we are actually involved in a spiritual war? We can make note of multiple scripture references detailing a spiritual war. Here are just a few to start. In Genesis chapter 3, the initiation of war takes place when the serpent deceives Adam and Eve to eat of the fruit bringing evil into the world.

2 Corinthians 10:3 states, “For though we live in the world, we do not wage war as the world does. The weapons we fight with are not the weapons of the world. On the contrary, they have divine power to demolish strongholds.” If we could physically fix the problem, then why do we need “divine power to demolish” the “strongholds”? The reason is because the war is not of the physical realm but spiritual.

In the Book of Daniel, Daniel has been fasting and praying for three weeks when God gives him a vision along with an interpreter for the vision. However, the heavenly being was late for his God given appointment and he tries to explain to Daniel what happened. “…and I have come in response to them. But the prince of the Persian kingdom resisted me twenty-one days. Then Michael, one of the chief princes, came to help me, because I was detained there with the king of Persia.” Notice the interpreter’s excuse for being late. He was fighting with a spiritual being for three weeks and then Michael, the Archangel came alongside to help him. Is it mind blowing to think that although we live in the physical world, there is also a spiritual realm to which a war is taking place and has been for many years?

God has given us all of the equipment we need to engage in the spiritual realm. One of the most important ideas to keep in mind is that Satan has already been defeated, but the fight we are fighting is for those who don’t recognize the battle that they need to engage in.

Stay tuned for more instances of engagement into spiritual war and how you can prepare yourself for the battle.

is an author and editor for The Bottom Line Ministries as well as a member of Faith Writers. Currently she teaches high school language arts. She is a mom to four amazing blessings and enjoys every moment life has to offer. Renee has a fervor and drive to learn, she loves to read and spend time with her family, and is involved with her local church ministries. Humbled by God’s gift of words, she has a passion to write what the Holy Spirit has placed in her heart. She hopes to publish her in-progress book someday, but in the meantime, is honored to be placed as part of the TBL writing family and is holding on to the ride wherever God is leading. Renee and her family reside in their country home in Holland, Iowa.
Previous Happy Birthday! … Or Not?
Next Prison Reform From The Inside Out