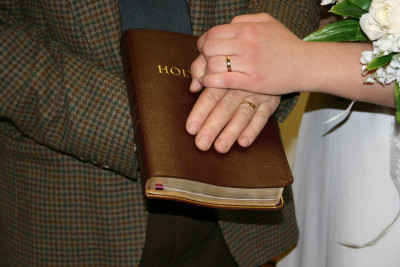 When kindness is passed forward, it seems to somehow find it’s way back to the giver.  Remarkably, that is what happened for a seven year old boy from Idaho named Tyrel Wolfe.  He packed a shoebox for Operation Christmas Child run by Samaritan’s Purse.  Along with his lovingly selected items, he included his name, address and picture.

The showbox traveled 7,000 miles ending up in the possession of a young Filipino girl, about Tyrel’s same age, who was attending a vacation Bible school in Manila.  She was so impacted by the gift box that she wanted to thank the sender.  She wrote a letter expressing her thanks and excitement and sent it on its way to Idaho.  She didn’t receive a response because the letter never arrived.  But, the story doesn’t end there.

Fourteen years passed and the still the desire burned in Joana’s heart to express her deep gratitude to the one who sent her the rich, shoebox blessing .  What could she do to find that boy who had sent it so long ago?  As many 20-somethings would do, she began to scour Facebook to see if she could find the name which was included in her box.  This time, her efforts were fruitful.   She found the name with a picture similar to the one that was sent to her.  She pushed “send request”.   Tyrel was intrigued by the friend request from a “random Filipino girl” and accepted.

During the next year, the new friends began communicating regularly on Facebook and found they had a lot in common.  They also exchanged letters, pictures, and phone calls.  Finally, the necessity to see each other in person became evident as they wondered if their relationship should progress. (Proverbs 3:5-6)

Tyrel’s first visit lasted ten days.  Joana was so happy to meet him that she cried.  This first opportunity to meet face to face was enough to prove to Tyrel that Joana was “the one”.  Upon returning to Idaho, Tyrel worked extra hours and saved every penny in order to make a return trip to see Joana.  Staying a month on this second trip, Tyrel approached Joana’s father for permission to marry her.  Her father was overjoyed at the prospect.  Tyrel popped the question!  Joana’s and Tyrel’s engagement party took place in the Philippines.  They were then married on the Wolfe family ranch in Idaho.  Guests were requested to bring a packed shoebox for Operation Christmas Child, in honor its importance in their relationship, instead of a gift .

So many years ago, two young children were totally unaware of the double joy that would one day come to pass through one unselfishly given Operation Christmas Child shoebox.  (Proverbs 16:9)  God is still in the miracle working business!

I just love walking outdoors - day or night. I identify most with the creative side of God and am energized by His artistry all around this world. He amazes me every time I turn around! Yeah, God and thank you, Jesus.
Previous Who’s The Judge?
Next The Codependent Christian