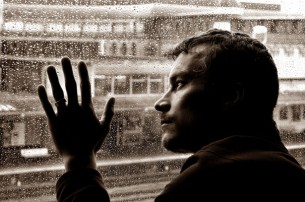 Why Do Bad Things Happen To Good People?

To say one is “good” is a very subjective statement. Good by whose standards? Good compared to whom? We judge goodness by a standard of living. Those who live right and try to serve God, we consider to be “good people.” Unfortunately, that is not an appropriate standard by which to judge goodness. Christ himself said that only one is good, and that is God. So the question should not be, “Why do bad things happen to good people?” But rather, “Why do bad things happen, period?”

From there, I can give you an answer, though I doubt it will bring you much comfort. Bad things happen to people so that God may be glorified. Think back to the story where Jesus and His disciples encountered the blind man (John 9:1-3). The disciples asked Jesus, “Master, who did sin, this man, or his parents, that he was born blind?” Jesus answered them, “Neither hath this man sinned, nor his parents: but that the works of God should be made manifest in him.”

In other words, nobody did anything wrong. The man wasn’t born blind as a punishment. He was born blind so that he could become a tool in the work of the Lord. If the blind man had known that, do you suppose it would have been easier on him? It’s hard to say. Being a tool for God is certainly a noble calling, but sometimes it can also be very painful. Just ask Nick Vujicic.

Nick was born without arms or legs. The doctors were baffled by his condition. His parents were rightfully discouraged by his handicap. And Nick, as he grew, became increasingly depressed over his limitations. According to Nick, “As a boy trying to come to terms with my disabilities, I made the mistake of thinking no one else hurt like I did and that my problems were insurmountable. I thought that my lack of limbs was proof that God did not love me and that my life had no purpose. I also felt that I could not share my burdens – even with those who loved and cared about me.” (excerpt from Unstoppable: The Incredible Power of Faith in Action)

Nick’s life was full of struggles and triumphs, sadness and joy, dreams and fears. For many years, Nick struggled to understand why God had made him different. He, too, wrestled with the question of how a perfect God could make such a horrible mistake. There were even times, when the weight of his circumstances seemed overwhelming, that Nick thought of ending it all. Fortunately, Nick was raised to understand that God still had a purpose and plan for his life.

Nick is currently a motivational speaker, evangelist, author, and the director of the nonprofit organization, Life Without Limbs. He travels the world, reaching out to millions of people and sharing his inspirational story. He is a source of hope and encouragement to many who are hurting, and especially to those who suffer from handicaps of their own. Though he still has bad days, as we all do, Nick no longer questions God’s reason for making him the way he is. It took time, but he now clearly sees the path God has laid before him. But don’t take my word for it. Let Nick tell you himself:

Being born without arms and legs was not God’s way of punishing me. I know that now. I have come to realize that this ‘disability’ would actually heighten my ability to serve His purpose as a speaker and evangelist. You might be tempted to think that I’m making a huge leap of faith to feel that way, since most people consider my lack of limbs a huge handicap. Instead, God has used my lack of limbs to draw people to me, especially others with disabilities, so I can inspire and encourage them with my messages of faith, hope, and love. (excerpt from Unstoppable: The Incredible Power of Faith in Action)

What struggles have you faced that made you wonder if God is really good? Looking at your struggles from a different angle, how can you see God using this for His glory?

Dana is a full-time Christian author and speaker residing in Greenville, SC with her husband and two dogs. In fulfilling her call to evangelize the lost and edify the saints, Dana spends her days writing devotions, devotional books and books for children, as well as recording podcasts on various Biblical topics. She serves in many capacities at her local church, including the roles of church pianist and ladies' Sunday School teacher. Dana has a passion for souls and longs to be used of God in whatever way He deems necessary. When not writing or serving at church, Dana can most likely be found reading or hiking a nearby trail.
Previous Have You Considered Getting a Tattoo? Here are 4 Reasons Not To
Next How To Build A Strong Christian Family