Breaking News
Home / Faith / You Are a Giant! 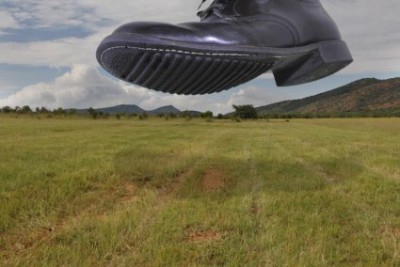 You are a spiritual giant in the eyes of the Lord of Armies!

You Are a Giant!

Have you ever pictured your faith as a piece of bread that you’re carrying around, half-doubtfully hoping that someone out there will want it or suddenly see their need for it?

In a meeting recently in which a group of us were praying for a community event, the Lord showed me a picture of us believers at the local park where the event will take place, but we were giants walking around. That is, we had God’s power and authority, and in His love for the town, we were ruling it.

“Elijah was a man with a nature like ours, and he prayed earnestly that it would not rain, and it did not rain on the earth for three years and six months. Then he prayed again, and the sky poured rain and the earth produced its fruit” (James 5:17-18).

Elijah had a fallen nature like us, yet God chose him as a prophet, and communicated His plans to and through him. Elijah was given authority to call the shots over weather patterns in such a way that it affected an entire nation. But this is to me the part that is most exciting: we, the church, have a better covenant than Elijah had!

“For whomever is least in the kingdom of heaven is greater than he” (Matthew 11:11). Think about that!

It is easy to think that if we were a general in the faith like so-and-so, or once we just clean up a few spots and get our acts perfectly together, God will finally be able to do something with us. While I affirm that a fully surrendered life is the only way to “do” Christianity, it is time to start seeing ourselves the way God does in the spirit: “You are A CHOSEN RACE, A royal PRIESTHOOD, A HOLY NATION, A PEOPLE FOR God’s OWN POSSESSION, so that you may proclaim the excellencies of Him who has called you out of darkness into His marvelous light” (1 Peter 2:9).

Let us meet the day with faith that we are going to impact every person who comes in contact with us, and even change the course of a nation! In God’s army, we are formidable, unstoppable giants!

Emily Tomko's radical encounter with the Lord while at a nightclub changed her life forever and inspired her first novel, College Bound: A Pursuit of Freedom. She is the author of seven books, including 31 Thoughts on Prophecy and Leaving the Shallows: igniting the faith that overcomes the world. Her tastes tend toward vintage and she's a Germanophile, having spent a year in Bremen and Nuremberg. Emily loves the scriptures and writes with fierce compassion and a deep desire to see people freed from the miry clay of this world and walking in the truth.
Previous The Four Horsemen
Next The Unmistakable Power of Loneliness