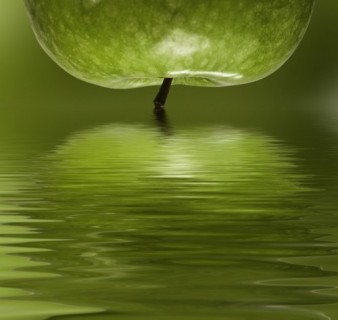 Fleeting Pleasures (Moses’ Choice and Ours)

Fleeting: “passing swiftly, lasting only a short time.” We all know how it feels when we have to wait, and avoiding pain and struggle is an option we all choose. Who wants to postpone pleasure and take the difficult way? But what if God’s plan for your life involves choosing between pleasure and comfort now, or lasting joy and peace later? Temptation says to take the easy way.

Moses faced this decision, and he knew what it was like to live in luxury and have power and wealth. Born a Hebrew, he was raised in the house of the Egyptian King, Pharaoh. The bible says he was considered Pharaoh’s grandson, and the very throne was to be his. He could have had it all! But he walked closely with God. Because of this relationship he knew God wanted the very best for him and when the time came, he chose God’s plan as recorded in Hebrews 11: 24-27: “It was by faith that Moses, when he grew up, refused to be treated as the grandson of the king, but chose to share ill-treatment with God’s people instead of enjoying the fleeting pleasures of sin. He thought that it was better to suffer for the promised Christ than to own all the treasures of Egypt, for he was looking forward to the great reward that God would give him. And it was because he trusted God that he left the land of Egypt and wasn’t afraid of the king’s anger. Moses kept right on going; it seemed as though he could see God right there with him.”

Choosing to do what’s right when it is difficult is an important lesson that parents need to model for their children. The bible says that Moses’s sons were still with him when he left Egypt. It is not recorded what impact his choice had on their lives, but we know they saw their father obey God and make the wise and righteous choice. Instead of choosing the short-term comfort, trust in God the faithful Helper. Look forward to the reward He has for you. And remember, you may face a difficult road in the present, but the “treasure” that awaits is well worth it. Don’t give in to the fleeting pleasures offered by sinful choices, but “keep right on going” God’s way!

My husband Dan and I have three children and three grandchildren. We live in central Illinois. I am a graduate of The Institute of Children's Literature, a member of faithwriters.com, and a member of SCBWI. My writings have been published at chirstiandevotions.us, in DevotionMagazine, the PrairieWind Newsletter, and here at thebottomline.co.
Previous The Heart of a Lion
Next How God’s Grace Brought Me Out Of Depression