Breaking News
Home / Featured / The Heart of a Lion 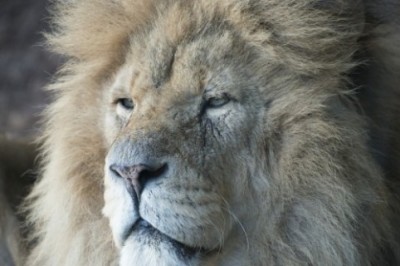 The Heart of a Lion

Then one of the elders said to me, Do not weep! See, the Lion of the tribe of Judah, the Root of David, has triumphed. He is able to open the scroll and its seven seals. Revelation 5:5

Jesus the Lion of Judah, while He walked the earth had the heart of a lion. He was rejected by the religious leaders of the day, but He maintained His courage. His own blood relatives thought He was crazy the way He lived his life and the truth He spoke about God’s Kingdom. The Pharisees and Sadducees accused Him of blasphemy, because He compared Himself to God almighty.

Jesus was rejected, misunderstood by His own disciples and many of them stopped following the Lord, when He preached the sermon on how mankind had to drink His blood and eat His flesh to inherit eternal life. This famous commentary can be found in the book of John specifically:

Whoever eats my flesh and drinks my blood remains in me, and I in them. John 6:35

He, our Savior, had the heart of a Lion as we see throughout his earthly ministry. He backed down to no one but loved everyone. He was rejected, spit on and beaten beyond human recognition because He was the Lion of the tribe of Judah. He died the most agonizing death a human could die. He was nailed to two crossbeams known as the cross of Calvary. His head was pierced by a crown of thorns and he had nails driven through His wrists. His side was pierced by a sword. He was able to endure all of this inhuman treatment because He had the heart of a lion.

We the church today, have been given His supernatural courage and we too have the hearts of Lions.

For the Spirit God gave us does not make us timid, but gives us power, love and self-discipline.2 Timothy 1:7

Let us stand strong in His strength and courage and we can face any challenge life brings us because we have been given hearts of lions. Like our Lord had when he faced the many incomprehensible challenges he walked through in His earthy life.

Greg is a born again believer who testifies to the absolute transforming power of God's word. Greg has been called to full time ministry and He has known Jesus for most of his life. Greg received his degree in Pastoral Ministries from what was formerly Bethany University in Santa Cruz,California. View Greg blogs on iwriteforjesus.com. Greg has a book published on " To Jesus Christ the High Priest of my confession: A personal Testimony." find it on http://www.amazon.com/Christ-Priest-Confession-Personal-Testimony/dp/1507706847/ His testimony in short form is published in "Trials and Triumphs II" on http://www.amazon.com/Trials-Triumphs-II-FaithWriters/dp/1498416012/. This book is filled with 50 inspirational testimonies and is a project of Faith Writers.
Previous Fighting With Yourself
Next Fleeting Pleasures (Moses’ Choice and Ours)